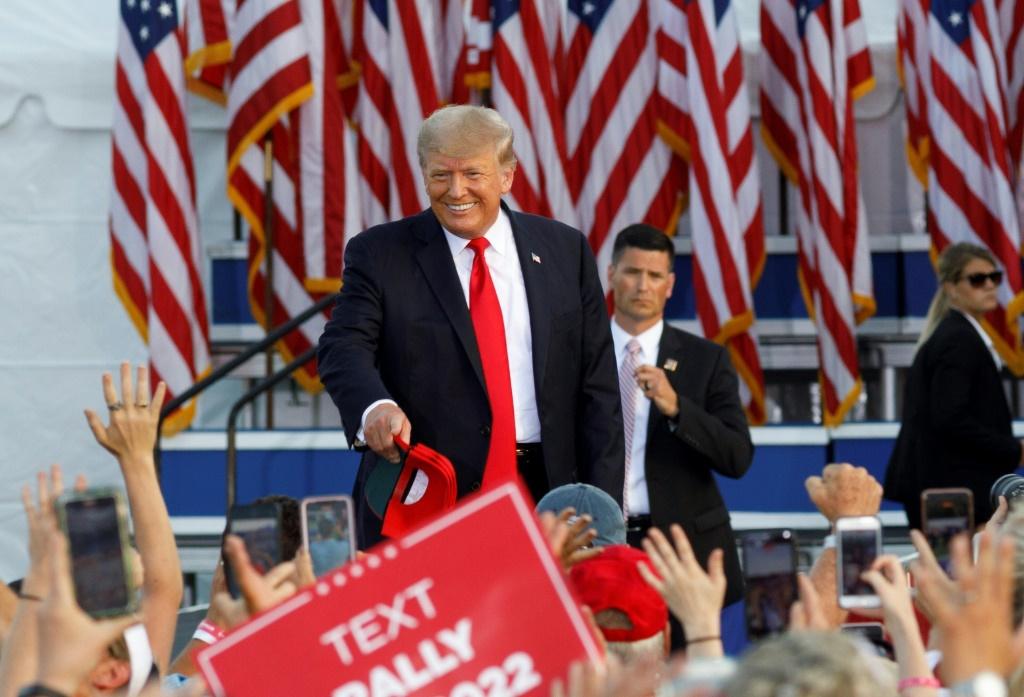 Lawyers for the Trump Organization were making a last-ditch effort on Monday to ward off what appeared to be an impeding criminal indictment of the ex-president's company, according to US media.

A series of reports in recent days seem to indicate that closed-door investigations into the business practices of the former New York real estate mogul - a case opened more than two years ago by the Manhattan district attorney and two Democratic members of Congress, and focusing on alleged financial fraud -- are about to bear fruit.

According several media outlets, including the Washington Post, lawyers for the Trump Organization, an unlisted family holding company that owns golf clubs, hotels and luxury properties, were presenting their final arguments to prosecutors Monday to forestall charges.

A face-to-face meeting was scheduled, according to CNN.

Other anonymous sources quoted by the New York Times hinted that an indictment was under consideration over fringe benefits paid to the company's financial chief Allen Weisselberg, and not declared to tax authorities.

Questioned by AFP, neither prosecutors nor lawyers for the Trump Organization, nor Weisselberg himself would confirm the reports.

Ron Fischetti, a lawyer for the Trump Organization, simply told CNN that prosecutors have so far not been "receptive" to arguments against filing a charge.

Trump himself appeared to confirm the reports when he issued a statement condemning the investigation as politically motivated and saying "now they just leaked that we were given one day, today, to make our case about things that are standard practice throughout the US business community, and in no way a crime."

For Bennett Gershman, a law professor at Pace University and a former Manhattan attorney, an indictment should a matter of "days now, not weeks."

Could the corporation itself be sued, without Trump or any of his family members being also indicted? Trump handed over the reins of the business to his two eldest sons and to Weisselberg when he went to the White House in early 2017.

Many forensic experts deem that unlikely, and expect Weisselberg -- the man often described as the keeper of the company's secrets, and who has so far refused to cooperate with the justice system -- to be indicted as well, either at the same time as the Trump Organization or soon thereafter.

"It's unusual to charge a corporation," said Gershman. "A corporation works with individuals."

But no one is willing to take bets on whether Trump -- who on Saturday held his first major political rally since leaving office, and is being coy about whether he will run again in 2024 -- will face charges himself.

The 75-year-old, who quit his native New York for Florida, has made no public comment on the reports.

But at the end of May he described these investigations as the continuation of "the greatest Witch Hunt in US history."

Even if he were to be indicted someday, that would not theoretically prevent him from running for another presidential term, according to US election laws.

The investigations focus on eight years of the former president's tax returns obtained by prosecutors after a long legal battle, and also on testimony by his personal ex-lawyer Michael Cohen, who was sentenced to three years of prison and who is cooperating with investigators.

One thing is certain though: the probes will continue beyond the first indictments, leaving the door open to further charges down the line.

And the possibility of seeing justice catch up with Trump never fails to delight his opponents.

"He deserves to go to jail for a long time," said Res, who penned a book about her years at Trump Tower, called "Tower of Lies".