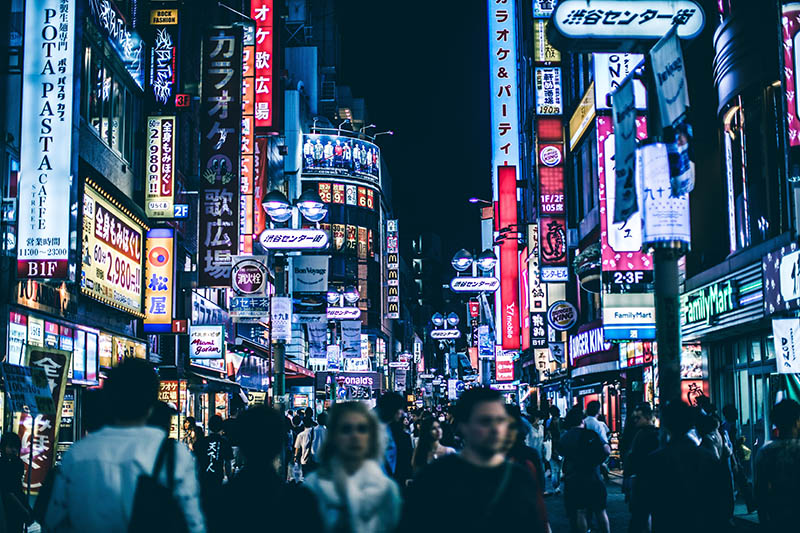 It is too early to make an investment case for Japan based on improved domestic demand, unleashed by much-needed supply-side economic reform. However, there is currently a good case for Japanese equities, based on the country’s prowess as a leading exporter of high-value goods.

Loose monetary and fiscal policies are helping to keep the yen weak, which supports the export sector. Exports are in addition benefiting from a strong cyclical upturn in global demand, with the IMF forecasting 3.6% global GDP growth this year.

The current lack-lustre interest in Japan by global investors, despite record profitability from its companies and attractive valuations relative to Wall Street, is therefore somewhat surprising.

The frustrations of economic reform

In December Prime Minister Shinzo Abe appealed to the Japan Trade Union Confederation in December, to increase their 4% initial pay rise request to employers. Slow wage growth has held down household spending growth in Japan, and has frustrated attempts by the Bank of Japan to stimulate inflation.

Higher pay would re-distribute the cash held in corporate balance sheets (which are swelling thanks to record profits), into the hands of workers who would spend it, so boosting the circulation of money and the amount of demand in the economy.

But what, in many other countries, would have led to Abbe being accused of populism and pandering to the workers, fell on deaf ears. His advice was rejected by the unions, who are expected to settle for the same 1.2% rise that they finished with after last year’s negotiations. They see little to be gained from undermining -as they see it- their employers.

This episode is simply one of many frustrations and set-backs that Abe has suffered in his attempt to push through the ‘third arrow’ of economic reform, and so set the country on a path of sustainable economic growth.

Investors can afford to wait for Abe’s reforms

In contrast, the first two ‘arrows’ – loose monetary and fiscal policies- met with quick success on their introduction and help make today’s near-term case for an overweight position in Japanese stocks.

They have encouraged inflation to return to positive numbers (core CPI was up 0.9% in November, year-on-year), and real GDP growth of 1.4% in the third quarter is in line with other developed economies. All this despite significant demographic challenges.

The challenged posed by a shortage of workers has been met with high automation. This has increased productivity per worker and strengthened Japan’s global lead in robotics.

And now robust global growth is being added to the mix. The result is that the Japanese stock market, which has a bias towards cyclical sectors such as tech and construction equipment, is on a roll.

The Nikkei 225 index reached a 26 year high in December, while the month before the TOPIX had pushed through the psychologically important 1,800 barrier. The MSCI Japan total return index rose 24.0% in USD in 2017 (up 19.8% in yen). This compares well against the comparable MSCI U.S, index which was up 21.2%.

A very strong Tankan survey of business confidence in December supports the argument for buying Japanese stocks so as to benefit from a cyclical upturn in global growth.

Additionally, third quarter GDP data showed a 6.2% expansion in exports by value over the previous quarter. In comparison domestic, the part of the economy that Abe is so keen to stimulate, fell by 1.8%.

Recently published research from JP Morgan* found that at the end of December, the MSCI Japan index was on a forward price/earnings (p/e) ratio of 14.6 times, compared to 18.7 times for the MSCI U.S. index.

Japan also comes out better on a price to book ratio of 1.4 compared to 3.1 for the U.S, and -thanks to the more generous dividend policies in recent years- the forward dividend yield on the Japan index is 2.1% compared with 1.9% in the U.S.

And what of efforts to raise works pay? From April corporate tax rates will be adjusted in order to encourage companies to award annual pay rises of 3% or more. Whether this will boost consumption, or simply lead to higher household savings, remains to be seen. Mandatory curbs on excessive overtime may reduce from take home pay what higher hourly wages increase.

The importance of supply-side economic reform, when it happens, will be to make the Japanese economy -and its stock market- less dependent on exports and to the vagaries of the global economy.

But in the near term, investors stand to benefit from that dependency and from the positive effect it has on the overall Japanese economy, while it lasts.

When the coronavirus pandemic eventually subsides, the economic impact will be felt unevenly from one part of the countr...

For most mortgage borrowers, the first of the month is payment day. This month, however, is a very different story. Mill...

The Treasury secretary told CNBC he is holding discussions with Congress about a potential infrastructure bill.