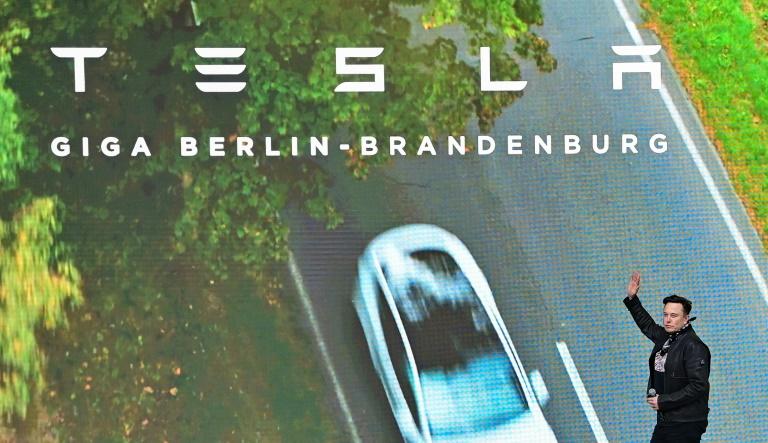 Six women sued Tesla on Tuesday, alleging a culture of sexual harassment at the electric carmaker's California plant and other facilities that included unwanted touching, catcalls and retaliation for those who complained.

The lawsuits -- filed within a month of two others -- add to the controversies centered on the Fremont factory in the San Francisco Bay area and which include a Black ex-employee being awarded $137 million in a racism case.

"Tesla's factory floor more resembles a crude, archaic construction site or frat house than a cutting-edge company in the heart of the progressive San Francisco Bay area," several of the suits claim.

Tesla did not immediately respond to a request for comment on the complaints, which in at least one instance argued CEO Elon Musk's explicit or provocative tweets influenced the tone at the workplace.

The six separate new suits filed Tuesday in a California court include five women who work or worked in the Fremont factory facilities, while one was employed in service centers in southern California.

Michala Curran was 18 when she started her job at the Fremont plant and within weeks, her supervisor and co-workers were making explicit comments to her face about her body.

One male co-worker sexually propositioned her, saying plant employees often had sex in the parking lot.

"After nearly two months of being sexualized at her first job out of high school, she could not take it anymore and decided to quit," her suit says, alleging "rampant sexual harassment at Tesla."

The other cases were filed by Jessica Brooks, Samira Sheppard, Eden Mederos, Alize Brown and Alisa Blickman, who alleged in her lawsuit that she faced retaliation for reporting the misconduct.

"She was denied certain privileges and benefits that were afforded to women who did not object to supervisors' sexual advances and flirtations," Blickman's complaint says.

"When Tesla launched the Model Y, Elon repeatedly pointed out that when one reads the Tesla Models S, 3, X and Y together, it spells 'SEXY,'" her suit said. "Some of Ms. Mederos' co-workers latched onto this, calling everything 'sexy.'"

Echoing concerns in the lawsuits, a former engineer from Musk's SpaceX rocket firm has published an essay alleging she was sexually harassed at work.

"Men from the company found my Instagram account, messaging me to ask me out. One called my phone at 4:00 am. Another coworker came to my house and insisted on touching me even when I repeatedly requested we stay professional," wrote Ashley Kosak.

"I reported each incident of sexual harassment I experienced to HR, and nothing was done," she added.

SpaceX did not immediately respond to a request for comment.

The series of lawsuits come after a California jury ruled in October that Tesla should pay a Black ex-employee $137 million in damages for turning a blind eye to racism the man encountered at the Fremont plant.

Time magazine on Monday named Musk as its person of the year 2021, citing his embodiment of recent technological shifts but also troubling trends reshaping people's lives.