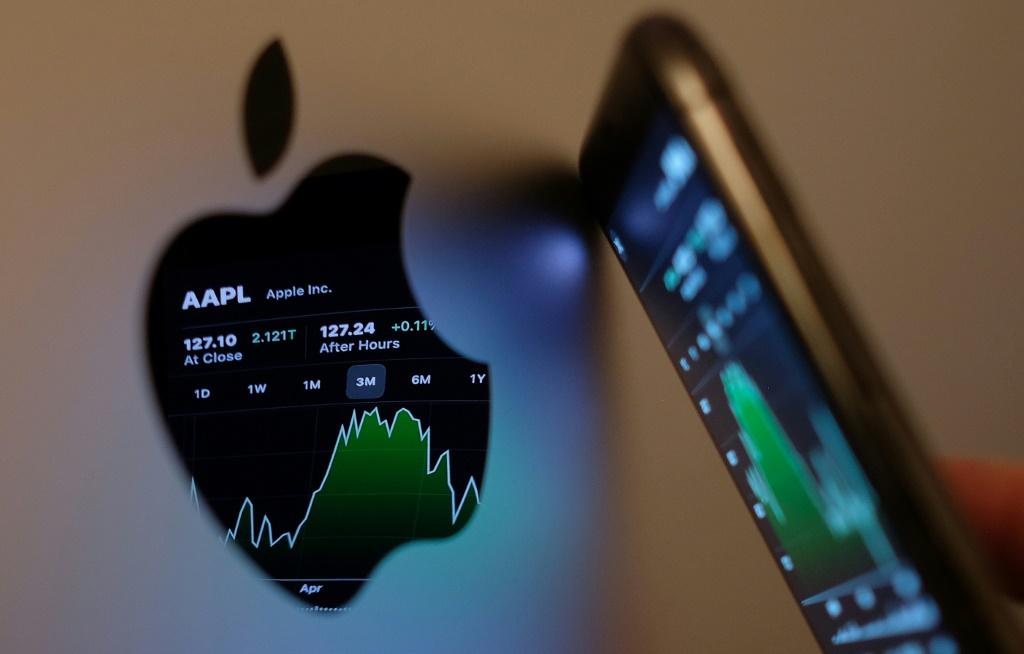 Apple said Tuesday its profit in the just-ended quarter nearly doubled amid improving consumer spending and a "growing sense of optimism" as pandemic lockdowns eased.

The California tech giant's profit rose to $21.7 billion on growth in iPhone sales and its increasingly important digital services.

"This quarter saw a growing sense of optimism for consumers in the United States and around the world, driving renewed hope for a better future," chief executive Tim Cook told a conference call.

"We are especially humbled that our technology has continued to play a key role in keeping our customers connected."

Cook said an easing of pandemic lockdowns helped boost consumer spending in many parts of the world, with Apple benefitting from that.

He maintained that Apple can continue to grow as consumers seek new devices for superfast 5G wireless networks.

"We're only in the early innings of 5G, but already its incredible performance and speed have made a significant impact on how people can get the most out of our technology," he said.

Apple shares were little changed in after-market trading following the results, which were stronger than most forecasts.

Revenue from iPhone sales jumped some 50 percent and posted increases for its services such as digital payments, music, streaming television and gaming.

The results come with Apple and other tech giants facing heightened pressure from antitrust enforcers around the world for their dominance of key economic sectors, which has increased during the pandemic.

Scott Kessler of the research firm Third Bridge said Apple was able to keep its momentum despite the global shortage of semiconductors, and sustained its growth in services, which have been important in diversifying its revenue stream.

"A major theme for the company over the last couple of years has been the emergence of services offerings and related revenues. Services accounted for more than 20 percent of revenues and have been a source of consistent growth."

"Overall we would characterize this as a 'gold medal' performance by Apple during the quarter especially when considering the chip shortage overhang," Ives said in a note to clients.

"We essentially view this quarter as the second-half and the start of the back stretch of the 5G supercycle and a 'drop the mic' quarter for Apple."

Ives said Apple showed strength in boosting its services and managed growth globally including in China.

"While the chip shortage was an overhang for Apple during the quarter, we believe the iPhone and services strength in the quarter neutralized any short term weakness that the Street was anticipating three months ago," he said.

The Latest News On G20 Tax Plans - Is US Incorporation Still Attractive?