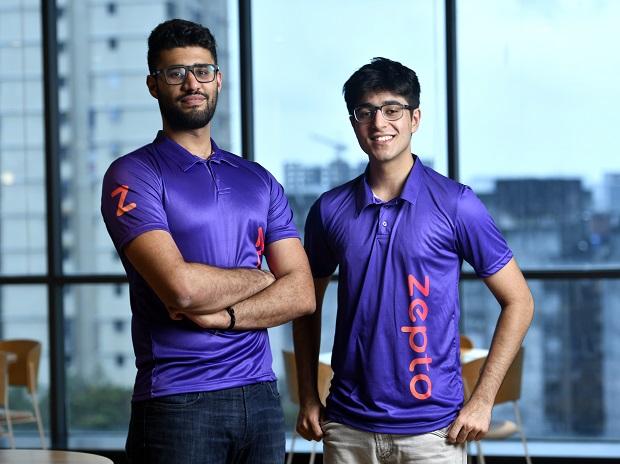 Zepto, which was launched 9 months back by two 19-year-old Stanford dropouts, has raised $200 million Series D fundraise, valuing the quick commerce company at around $900 million. With the capital, Zepto plans to expand 10-minute grocery delivery nationwide and continue growing sustainably.

Y Combinator Continuity doubled down and led quick commerce Zepto’s Series D, with new investor - Kaiser Permanente - joining in to back the company as well. All key existing investors, including Nexus Venture Partners, Glade Brook Capital, and Lachy Groom, have also increased their investments, marking another vote of confidence in the company’s trajectory.

The capital would also help Zepto compete with players such as Dunzo, Swiggy, Zomato, Amazon and Flipkart, which are also betting big on the rapidly-growing online grocery market in the country.

“The core of what we're doing is delivering groceries in 10 minutes,” said Zepto co-founder and CEO Aadit Palicha in an interview. “The way we do that is through a network of highly optimized delivery centers.We have scaled to millions of customers across the country. Today, we're doing hundreds of thousands of orders a day. We have achieved a scale that took food delivery players years to achieve and we did that in a few months.The business continues to grow at very fast pace.”

Palicha said Zepto posted 800 per cent Q-o-Q (quarter-over-quarter) revenue growth, while burn has come down 5X on a per-order basis. He said the firm maintained a phenomenal 88-Point NPS (net promoter score) and 60 per cent Month-1 Buyer Retention at scale.

“This unbelievable execution over the past few months has made it clear to investors that Zepto will be one of the winners in Indian Q-Commerce,” said Palicha.

The company has raised a total of $360 million from marquee investors in Silicon Valley and India. The firm said it has also built an all-star bench of executive talent and grown the team to over 1,000 people in a few months. The funding would help it to continue to hire across all functions, including engineering, analytics, operations, marketing, finance, and HR.

Zepto said what it differentiates it is its ability to consistently deliver over 3,000 products in 10 minutes. The mission is to make 10-minute delivery the new normal.

Zepto is also piloting a service to deliver Coffee, Chai, and other Café items in 10 minutes across select areas in Mumbai. The firm said the new category - termed ‘Zepto Café’ - is being received quite well by early customers and if the pilot continues to go well, Zepto plans to scale this service across India soon.

“Our rigorous focus on ‘unit economics’ is the main reason why we’ve had such an amazing trajectory as a company,” said Kaivalya Vohra, co-founder and CTO, Zepto. “We’ve turned micro-markets profitable and brought down burn significantly while growing to a scale of hundreds of thousands of orders per day.”

With the rise in coronavirus cases, top e-commerce companies including Amazon, Meesho, udaan, Dunzo, and DealShare have been scaling up their operations to reach customers as the demand for their services increase. The pandemic has accelerated the shift to e-commerce, and more consumers are expected to shop online at a higher frequency this year than last year, according to analysts.

“We probably want to get to a point of ‘pan-India scale’ in a very short period of time in the next few quarters,” said Palicha of Zepto. “We went from one small pilot in Bandra in August (last year) to pan-India presence. We are live across Mumbai, Bengaluru, Delhi, Gurgaon, Noida, Ghaziabad, Hyderabad, Chennai, Pune and Kolkata. A lot of this (new) capital will be used for expanding our geographical presence as quickly as possible across all the major cities in the country, where there are dense customer opportunities.”

At present Zepto’s model expects majority of the opportunities in top 30 cities which are dense locations. These include not just metros but also places such as Chandigarh, Kanpur and Ahmedabad.

As per research firm RedSeer Consulting’s estimates, more than 50 per cent of the $570 billion grocery retail space in India is addressable by e-grocery platforms. Investors are pouring millions of dollars into startups and companies tapping this space.

Early this year, Dunzo, the Google-backed quick commerce player, raised $240 million in a round of funding led by Reliance Retail Ventures Limited. Dunzo is using the capital to further its vision to be the largest quick commerce business in the country, enabling instant delivery of essentials from a network of micro warehouses while also expanding its B2B (business-to-business) vertical to enable logistics for local merchants in the Indian cities. Dunzo, recently launched Dunzo Daily, its instant grocery delivery service in Mumbai. Dunzo Daily is already operational in Bengaluru, Pune and Chennai and had plans to launch in Delhi-NCR and Hyderabad. The Dunzo Daily model delivers daily and weekly essentials within 15-20 minutes, with a focus on providing high-quality fruits and vegetables.

E-commerce giant Amazon also continues to make progress with its single grocery store called Fresh. It has now expanded to more than 20 cities where the firm said it offers customers very high-quality fruits and vegetables, a large supermarket grocery selection available in two hours from morning 6 am to midnight. It has plans to scale it up further. In the remaining 250 odd cities, the firm said it offers ambient grocery such as ‘atta, dal and chaval’ at very competitive prices.