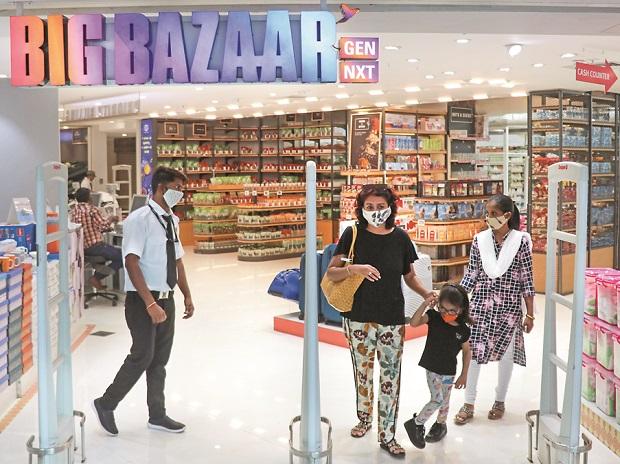 Passing an order on the Kishore Biyani-led group's plea, the SIAC said it will continue with the arbitration proceedings, which are in the stage of final hearings.

The SIAC, in its order, said the continuation of these proceedings was not rendered unnecessary or impossible and there is no ground for termination.

Future Group had approached the SIAC to terminate the arbitration proceedings, contending that the Competition Commission of India (CCI) has suspended the approval granted to Amazon in 2019 to acquire a 49-per cent stake in Future Coupons Private Ltd (FCPL), which owns 7.3 per cent equity in listed Future Retail Limited (FRL).

Amazon declined to comment, while there was no immediate response from FRL on the development.

The CCI had put its order dated November 28, 2019 on hold or in abeyance in December last year, asking Amazon to file Form II for getting a fresh approval.

Future Group had contended that as the deal lacked approval and was declared illegal by the CCI, there was no need to proceed with the arbitration.

Moreover, it had also contended that FRL is now facing an insolvency petition filed by its lenders after it defaulted on their payment obligations.

Citing the Insolvency and Bankruptcy Code (IBC), the debt-ridden Future Group said after the admission of the lenders' plea, a moratorium would be placed, staying all proceedings.

The SIAC said section 7 of the IBC, under which the Bank of India has moved against FRL to initiate insolvency proceedings, has not rendered the continuation of these proceedings impossible or unnecessary.

On Monday, the Mumbai bench of the National Company Law Tribunal (NCLT) reserved its order on the petition filed by Amazon, opposing the Bank of India's plea to initiate insolvency resolution proceedings against FRL.

In another development earlier this week, the appellate tribunal NCLAT dismissed the plea of Amazon, challenging the CCI order suspending its investment deal with Future Group, saying the e-commerce major had not made full disclosures at the time of seeking approval.

The National Company Law Appellate Tribunal (NCLAT) had also upheld a Rs 200 crore penalty imposed on Amazon by the CCI and asked the e-commerce giant to deposit the amount in 45 days.

FRL was one of the 19 Future Group companies operating in retail, wholesale, logistics and warehousing segments, which were supposed to be transferred to Reliance Retail as part of a Rs 24,713 crore deal announced in August 2020.

The deal was called off by the Mukesh Ambani-led Reliance Industries Limited in April.

- Hong Kong airline Cathay Pacific Airways said on Wednesday that losses in the first half of the year narrowed as a rel...

Toshiba reported a 44 per cent improvement in profit in the last quarter as the Japanese technology giant worked to reva...

Infosys expects moderation in attrition levels over the coming quarters, as its efforts around employee engagement, trai...

NLMC To Hire Company Secretary As It Preps For Commencing Operations

Reliance Jio announced the Independence Day Prepaid Plan at Rs 2,999 per year, with benefits worth Rs 3,000. Read this a...