Microsoft Corp said it will close its physical store locations permanently but will continue to invest in a digital storefront that, along with third-party retailers, has driven sales of products such as the Xbox game player and Surface tablets.

The move will result in a pretax charge of about $450 million, or 5 cents a share, in the current quarter, Microsoft said Friday in a statement.

“Our sales have grown online as our product portfolio has evolved to largely digital offerings, and our talented team has proven success serving customers beyond any physical location,” said Microsoft Corporate Vice President David Porter.

Microsoft closed its 83 stores, most of which are in the US, in late March due to the Covid-19 pandemic. Apple has reopened its retail sites only to shut more than 30 of them again as the virus resurges in some locations.

The company didn’t disclose how much revenue it was getting from the stores. The thousands of workers from the outlets have already transitioned to the digital effort and will continue in those roles, the company said. 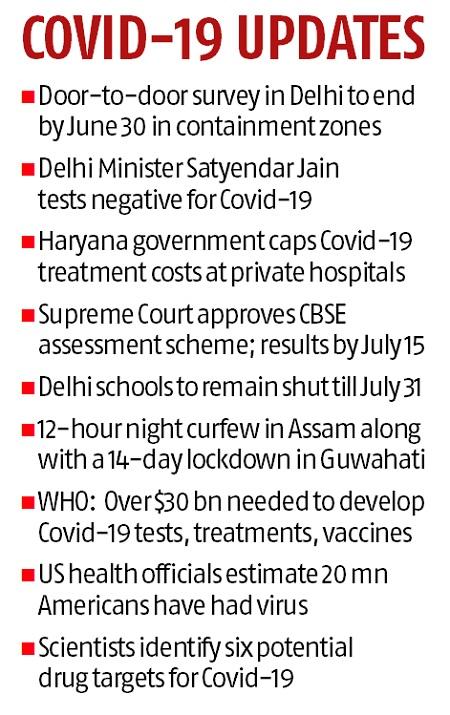 While under lockdown, Microsoft said its retail team has virtually trained hundreds of thousands of enterprise and education customers on remote work and learning software and helped customers with support calls. The team supported communities by hosting more than 14,000 online workshops and summer camps and more than 3,000 virtual graduations.

Microsoft announced its plan to begin opening stores in 2009 ahead of the release of Windows 7 after Apple saw significant success and popularity with its modern, clean retail outlets. At the time, Microsoft had trouble getting a waning group of big-box electronics retailers to effectively showcase Microsoft products in an often chaotic store with unevenly trained staff. The company hired Porter, a Walmart Inc. veteran, to lead the retail effort.

As the software maker moved into hardware with the release of the Surface device in 2012, it accelerated the pace of store openings, ending up with more than 100 and often scouting out real estate near Apple’s stores.

ALSO READ: Indian airlines struggling as most costs are paid in US dollars: Vistara

The assortment of outlets grew to include a store on New York’s Fifth Avenue and one in London, opened last July. But while the retail outlets let users try an increasing array of Surface models and test out Xbox games, they often suffered from a lower level of interest and foot traffic than nearby Apple stores.

Microsoft said it has seen significant growth through its digital storefronts, including Microsoft.com, and stores for Xbox and Windows.

The company will continue to invest in digital innovation with new services including 1:1 video chat support, online tutorial videos and virtual works.

Earlier this week, the company announced it was shutting its Mixer streaming-video service. Microsoft’s fiscal year ends June 30. The company in June and July typically exits businesses that are deemed to be performing poorly. Any job cuts often occur in this period as Microsoft units shift priorities.

Cable Sellers Seize Near-term Control To Start The Session, What Levels To Look Out For?

GBP/USD falls back below its 200-hour moving average The pound is facing some light pressure to start the session, with ...

NASDAQ Tumbles Over 2% After Reaching All Time

Breaks outside of its channel  The AUDUSD is also saying more selling as risk off trades are pressuring the pair.   ...

The EURGBP Moves Back Above The 200 Hour MA/swing Area

Buyers taking more control, but more work to do. The EURGBP has been on the upswing today after trending more to the ups...

Trades above last week's high The EURUSD has extended to a new session high and in the process has moved above the high...