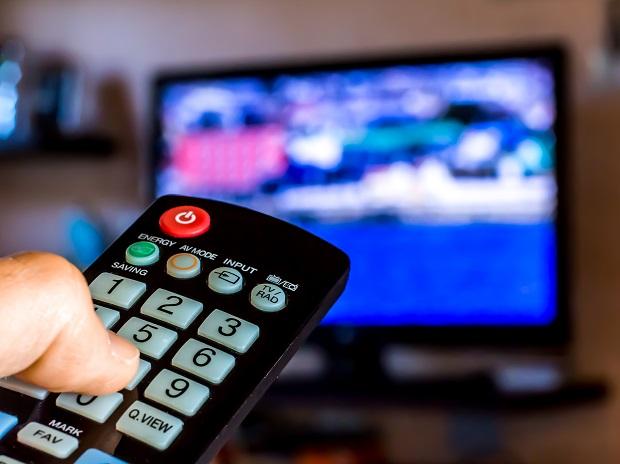 People staying indoors due to the Covid-19 pandemic has proved to be a bonanza for direct-to-home (DTH) broadcasters as the industry is all set to post a growth of up to 6 per cent in its topline to Rs 22,000 crore in FY21, rating agency Crisil said on Friday.

"Direct-to-home (DTH) broadcasting, which accounts for 37 per cent of total television (TV) subscribers in India, is set to buck the economic downturn and log a revenue growth of 400-600 basis points (bps) to Rs 22,000 crore this fiscal," Crisil said in a report.

This is, however, lower than the 14 per cent growth in revenue witnessed in FY20, of which 9 per cent came from an increase in subscriber base and 5 per cent was due to a jump in average revenues per user (ARPU), its senior director Sachin Gupta said.

"But ARPU is seen contracting 100-200 bps to Rs 310-315 on downtrading by viewers and reduction in charges for multi-TV subscribers as per the New Tariff Order (NTO) 2.0," he added.

Last fiscal, the DTH subscriber base increased as cable TV subscribers shifted after implementation of the NTO 1.0, the agency said, adding DTH players transitioned smoothly as they already had better systems as compared to cable TV operators, who were grappling with integration and roll-out challenges.

Additionally, pricing parity required as per new regulations meant a 30-35 per cent increase in cable TV tariffs, which eroded the price advantage cable TV enjoyed over DTH, it said.

"Social distancing norms and work from home (WFH) are likely to keep people indoors for most of this fiscal. Besides, gradual resumption of the airing of new TV serial episodes and major sporting events such as Indian Premier League being streamed during the festive season should keep viewers hooked," the agency said.

Over the past decade, TV penetration (as a percentage of total household) in India improved 1,000 bps, but was still at 69 per cent in fiscal 2020, indicating potential for further increase, it said.

Over the top platforms like Amazon Prime or Netflix do not pose much of a challenge to TV and both platforms will co-exist because of the low costs of the latter in India and also the challenges on high speed connectivity, Crisil said.

Despite a 18 per cent increase in capex at Rs 4,500 crore last fiscal, DTH companies were able to deleverage balance sheets because of healthy growth in cash accrual, the rating agency said, adding it expects the industry's credit profile to continue improving this fiscal as well.

Two-wheeler maker India Yamaha Motor on Saturday said it has tied up with Amazon India to sell its range of apparels and...

Airbus A320 and A321 pilots will have leave without pay of three days per month and for captains of regional aircraft fl...

Apple has made its all-in-one subscription bundle called Apple One available that will bring together Apple Music, Apple...