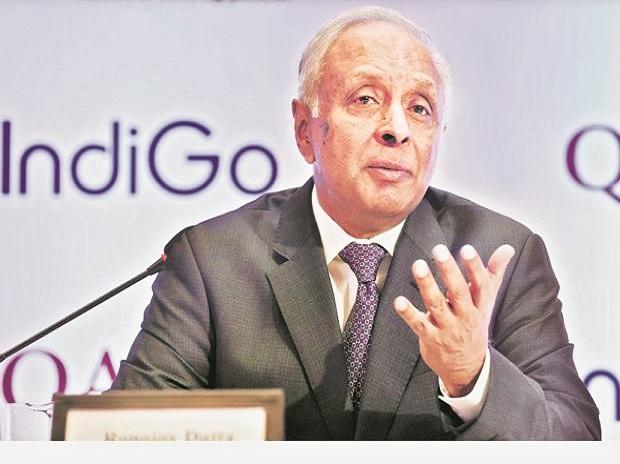 These along with frequent deep cleaning of aircraft are part of the multiple changes that the airline will do its protocols in order to keep crew and passenger crew safe when the airline starts operating again.

India had imposed a 21-day lockdown on 25 March — one of the most drastic measure any country has taken to control the outbreak of the coronavirus. The government is planning to restart in a phased manner which will mean that only a few routes will start in first stage after the lockdown is removed.

"We have always been very safety conscious. Now we should be very health conscious too. We will deep clean our aircraft more frequently, will discontinue meal services for a brief period and run our coaches at a maximum load of 50 per cent. We will come out with the new set of protocols very soon," Dutta said in the mail reviewed by Business Standard.

Indian aviation regulator DGCA is also framing a set of protocols to ensure that social distancing is measured in confined places like aircraft and airport once air transport resumes. Airlines will have to follow the protocols until the World Health Organisation declares the outbreak over which according to the agency’s own estimate is months away.

The protocols include mandating airlines to keep middle seat and last three rows empty, barring on-board and duty-free sales and boarding only three rows at one time to prevent crowding.

"In situations like this companies don't manage to grow for profitability but due to liquidity. Hence our singular focus will be on cash flow. We are examining all our fixed costs and discussing ways to bring them down," Dutta wrote reflecting the ways Indian aviation boardrooms' business continuity plans in a post corona world.

It is expected that other airlines will take a similar approach for social distancing which executives say will further hurt the sector most impacted by the outbreak. " We are making sure that we take decisive action keeping in mind all stakeholders - customers, employees and investors," Dutta said

Executives, however, say tough social distancing norms will prolong the recovery of the sector which has been one of the worst impacted due to the virus outbreak.

"Airlines didn’t make money with aircraft 90 per cent full. If I was flying 180 seats between Delhi to Mumbai, charging a minimum fare of Rs 5,000, then reduction of 80 seats will mean that the minimum fare should be Rs 10,000. In such times who will pay that to fly,” an executive of an airline said. His company has been able to sell 15 tickets in the last four days. said an airline official

NZD/USD is at session highs, closing in on the 30 April high of 0.6176 See here for global coronavirus case data The rec...

AUD/USD trades back above its 100-hour moving average See here for global coronavirus case data That sees the near-term ...

GBP/USD rises to a high of 1.2245 to start the session See here for global coronavirus case data The dollar continues to...

The DAX goes in search of another leg higher See here for global coronavirus case data The index is now gaining by nearl...

Cable is consolidating after the drop below 1.2200 on Friday See here for global coronavirus case data Boris Johnson is ...