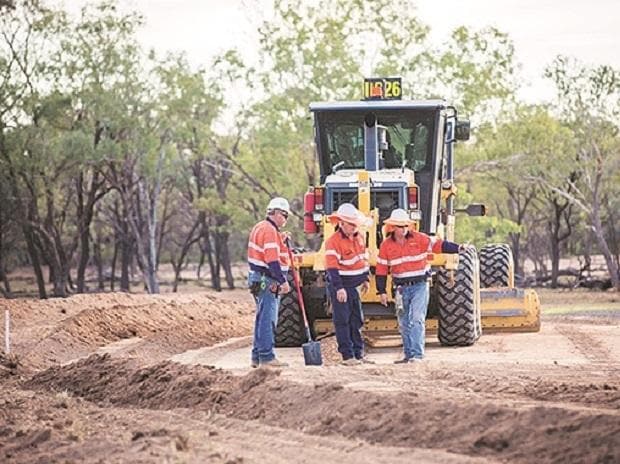 The company said construction of the railway line and mine was set to continue through 2021 and it was expecting to generate more direct jobs.

Adani’s $D16 billion Carmichael coal mine project has been surrounded by controversies since its inception due to regulatory and environmental issues.

“We are proud to have made good on our promises to Queensland, and especially regional Queensland. We’ve created more than 1,500 jobs and signed more than $(AUS)1.5 billion in contracts,” Boshoff said.

“The Stop Adani movement said our project would never go ahead and would never create a single job. We have proved our opponents wrong,” he said in a statement. Thefirm last year won the approval to produce 60 million tonnes of thermal coal annually from the Carmichael mine.

The Carmichael rail network, that is built at the cost of $350 million, will construct about 200 kms of rail track to transfer of coal from the Carmichael mine to the Port of Abbot Point.

“Mining has cushioned the Queensland and Western Australian economies from the worst of the devastating economic impact of the Covid-19 lockdowns and we are proud to be a part of that,” he said.

“As we work with smaller, private, and Queensland-based contractors and suppliers, we have been able to keep working through the Covid-19 pandemic with appropriate measures in place. “More than 88 per cent of our contracts are being delivered in Queensland and have been spread across all corners of the state to give as many regions as possible the opportunity to benefit from our project, while also enabling us to tap into the highly-skilled construction and resources industry workforce that Queensland possesses,” Boshoff said.

The rail camp operations are based in Collinsville; earthworks and civil works contractors are from Townsville and Rockhampton; fuel supply from Townsville; telecommunications from Mackay; rail track laying and rail camp construction from Rockhampton, and quarry contracts are going to Toowoomba.

The construction of the Carmichael Project has been underway in earnest since approvals were obtained in June last year and the project is on track to produce coal in 2021, the statement said.

The company, which over the years has produced models like the Indica, Sierra, Sumo, Safari and the Nano, had achieved t...

Excessive Production Will Be Eliminated: Amit Aggarwal On Future Of Fashion

Ace fashion designer Amit Aggarwal believes coronavirus pandemic has pushed everyone in the fashion industry to adapt to...

Private Sector Yet To Charge Up On Electric Vehicle Infrastructure

The board is now looking to resolve Rs 13,200 crore of additional debt by December 2020

The court has restrained the trustees from taking any further steps till the consent of unit holders via simple majority...

In constant currency terms, Airtel Africa recorded a growth of 19.5 per cent to $472 million in operating profit on a co...