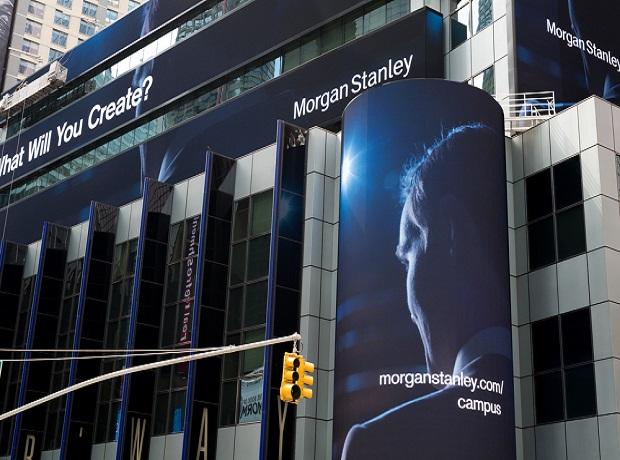 Morgan Stanley CEO James Gorman has informed its shareholders that he "can promise" the bank will miss its medium-term financial targets again in the current quarter, as the economic shutdown caused by the novel coronavirus will continue to upend the global and US economy.

"We're in a wild period," Gorman said on a call with analysts, noting economists predicting gross domestic product will fall 30 percent this quarter. "A CEO who stands by their short-term targets that were set right before this virus hit, I don't know what planet they're on."

The last of the big US banks to report first-quarter earnings, Morgan Stanley said its profit slumped by 30% and it missed new return targets and cost-cutting goals.

The nation's largest lenders reported sharp declines in profit and higher reserves this week, as they anticipated that the millions of people unemployed as a result of the coronavirus will likely struggle to pay loans and credit card bills.

Morgan Stanley, which does not have a significant consumer loan business, faired well by comparison.

After years of steady growth targets, the bank boosted goals in January, saying it could reach a return on tangible common equity (ROTCE) of between 13% and 15% in two years. It also set its efficiency ratio at 70% to 72% and pre-tax profit margin for the wealth management business between 28% and 30%.

It was far from all three in the first quarter, reporting a 9.7% ROTCE, a 77% efficiency ratio and a 26.1% pre-tax margin in wealth. Gorman said that the bank can "definitely" beat some of those targets by the end of 2021 but said they were set before the downturn.

ALSO READ: How will the Covid-19 pandemic impact Nifty companies' earnings in Q4FY20?

Targets aside, the bank's trading revenue surged 30% in the quarter ended March 31, boosted by high market volatility last month. The returns were led by a 29% jump in bond trading and a 20% rise in equities trading.

The robust trading mirrored similar showings by rivals Goldman Sachs and JPMorgan, both of which clocked double-digit growth in equities and bond trading.

However, revenue at Morgan Stanley's wealth management unit, which contributes roughly half of its total revenue, fell 8% to $ 4.04 billion this quarter, in part because investments associated with employee compensation lost value during the market downturn. These contributed to a roughly $ 500 million decline in wealth revenue.

Advisory revenue fell 11% as dealmaking took a beating in the quarter, with businesses bracing for a massive slowdown in the coming months.

Morgan Stanley's $ 13 billion deal to buy discount brokerage E * Trade Financial Corp also coincided with the spread of the coronavirus, forcing management to justify the buyout to investors. The company said it was on track to close the deal in the fourth quarter.

Investment management revenue at Morgan Stanley fell 14% to $ 692 million, hurt by valuation mark downs on its investment portfolio and lower interest on loans.

The bank said earnings attributable to common shareholders fell to $ 1.59 billion, or $ 1.01 per share, in the first quarter. Analysts had expected $ 1.14 per share, according to IBES data from Refinitiv.