German bunds were trading at -0.46% yesterday on the 10 year chart which is 10bps lower than a Bloomberg modelled curve mentioned on the Bloomberg Live Blog yesterday. This is most likely due to positioning ahead of the European Council's summit.

On Friday and Saturday of this week EU policy makers will meet to discuss the proposed €750 billion recovery plan.The big questions is whether nations like Austria, Denmark, Sweden, Netherland and Finland will block the plan. The  issue is that these countries are opposed to the idea of large handouts on principle.However, despite their reluctance, the present crisis means their reticence may be seen as mean spirited in a time of shared humanitarian crisis. The pressure is for the countries concerned about the ideas of grants rather than loans to approve this proposed fund.On July 10 we had a German official state that Netherlands is unlikely to block the EU recovery fund which is supportive of the fund being accepted.

If the recovery fund is rejected by the frugal four expect immediate downside for the EUR. However, given that the second day of the meeting is taking place over the weekend this is going to be weekend risk for the EUR. 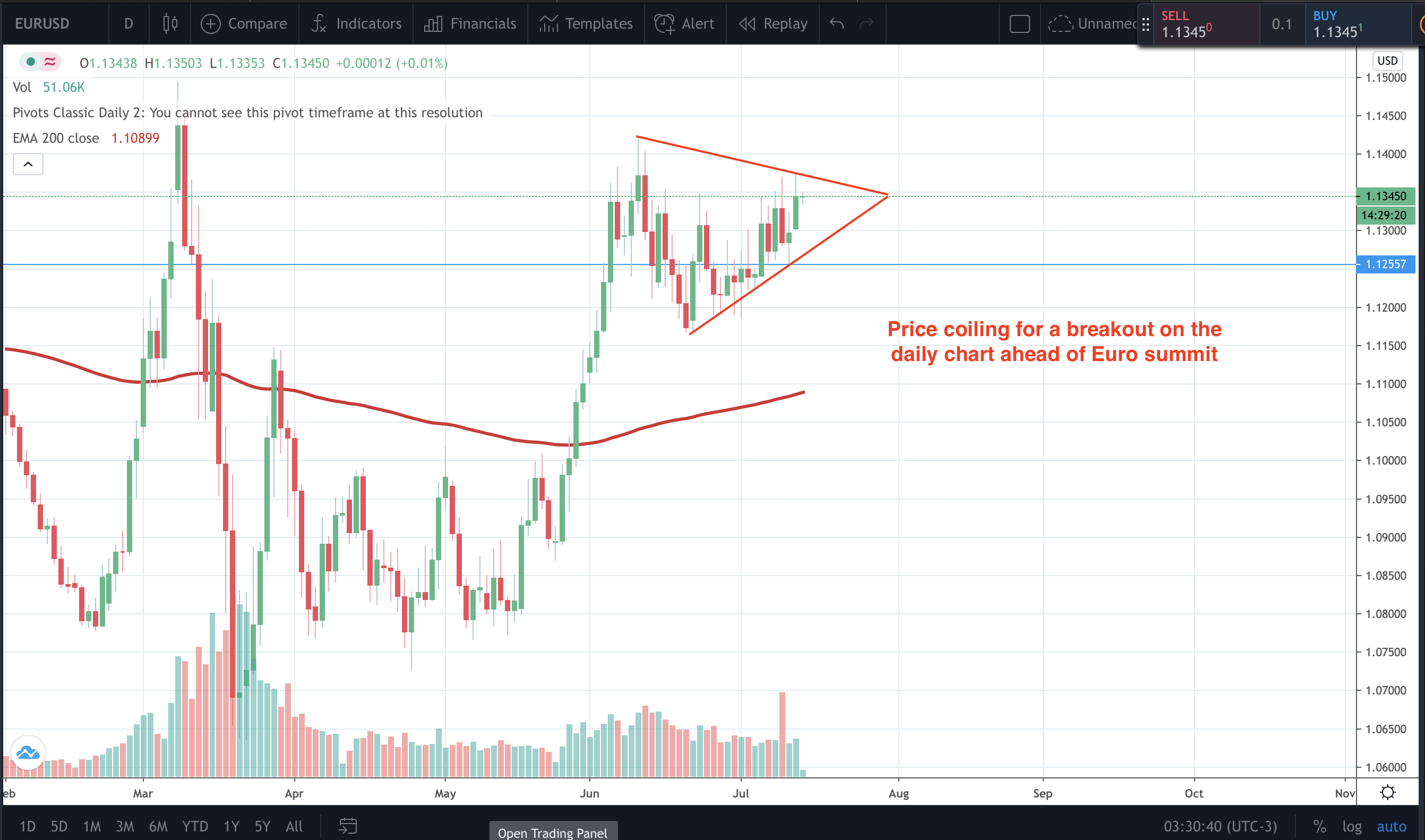 This is the privately conducted survey which has less focus on the SOEs in the official survey. - June was 51.2 Comments...

Jibun/Markit Manufacturing PMI for July, out  earlier Still showing contraction for the sector. Comments from Markit: I...

A note via quantitative research at Societe Generale, expressing concerns over the US market snap back rally being way o...