The AUD is the strongest and the JPY is the weakest as NA traders enter for the day.  US stocks are set to open higher after Peter Navarro walked back earlier comments that deal with CHina was over.  Later, he said that the comments were taken out of context and Trump reiterated that the deal was fully intact.  That has led to the continuation of a risk on them with AUD continuing it's climb and money flowing out of the relative safety of the JPY.

It's an election year. Trump is behind. The stock market is the hope.  That changes the dynamics for the administration. 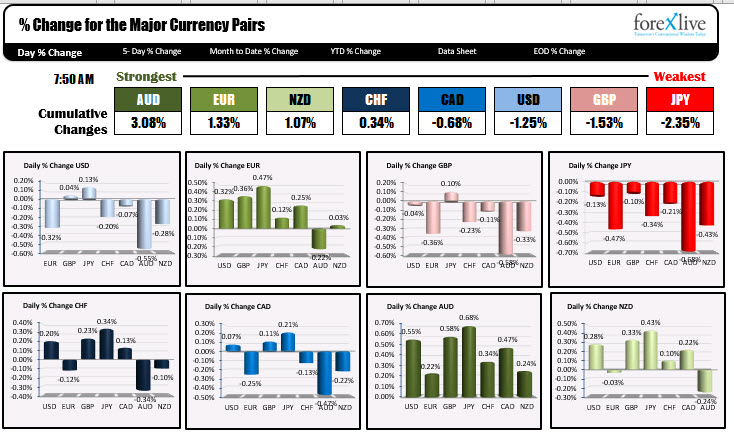 The ranges and changes are showing ok ranges. The EURUSD is higher and trading near it's session high. The AUDUSD is higher after moving lower on the Navarro comments, only to rebound back to the upside. The NZDUSD has also recovered after a similar move lower, but less modestly.  The JPY pairs are higher after they too fell on the comments, and rebounded on the retraction. 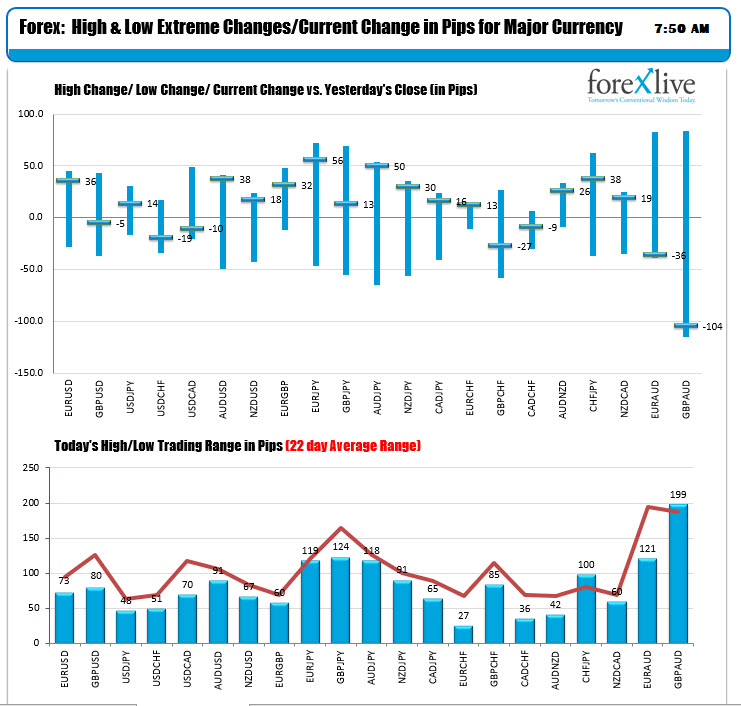 In the premarket for the US stocks, the futures are rising

In the European equity markets the major indices are trading higher

In the US debt market the yields are trading higher. The 2-10 year spread is a couple basis points higher.

In the European debt market, yields are also higher.

Pair is back higher on the day As London/European traders had for the exits, the EURUSD is trading to new NY/London se...

Down day for the major indices The provisional closes are showing: In the European debt market, the benchmark 10 year yi...

Buyers and sellers try breaks but fails The EURJPY moved above the high from last week yesterday at 125.196. That break...