The US dollars has moved to a new session lows vs. a number of currencies including the EURUSD. The 1 to the upside has taken the price above its 61.8% retracement of the move down from the June high to the June low. That level comes in at 1.13241. The high price extended up to 1.13308. 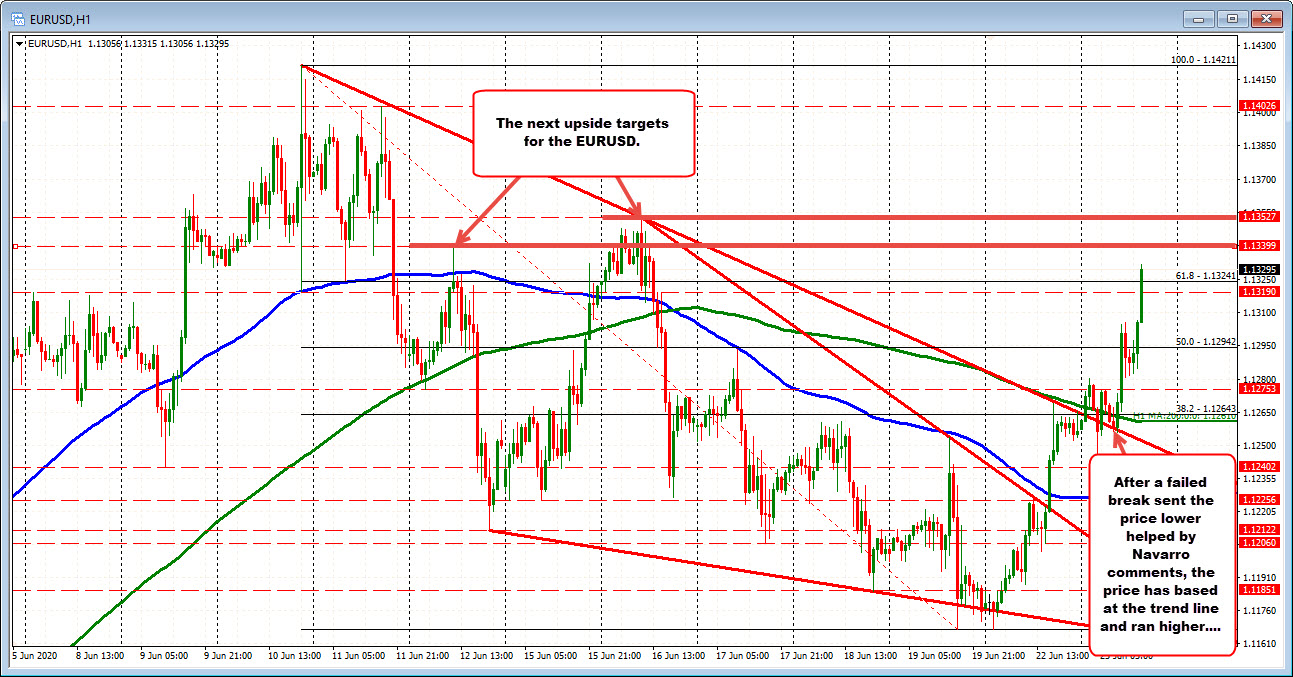 The run to the upside at a rocky start early in the Asian session after the Navarro comments reversed a break above a trend line and the 200 hour moving average (green line in the chart above). However, the retraction and comments from Pres. Trump push the price back above the trendline and moving average and the buyers have been in more control. Recall the trendline and 200 hour moving average held the resistance on the 1st test yesterday. So getting above those levels was more bullish technically.

In other pairs, the USDJPY as a tumbled to new session lows as has the USDCHF and USDCAD. The AUDUSD and NZDUSD are also trading at new session highs (lower dollar).  The only pair not at a new extreme is the GBPUSD although it is climbing toward the earlier session highs..

US Dollar Stronger But Off The Highs. What Are The Charts Saying Now?

S&P And NASDAQ Turned Back Positive

Dow industrial average is still negative The S&P and NASDAQ index have turned back positive. The S&P is up 0.03%...

Runs away from the 100 hour MA The USDJPY has caught the dollar buying fever and trades at its highest level since Tue...