See how traders are positioned in Cryptocurrencies and what it might mean on the IG Client Sentiment page.

Ethereum broke out of wedge to top-side; but can it sustain?

On Friday, we noted wedges forming in Ethereum and Bitcoin, of which the former broke out of to the top-side and sustained a move higher. Since the plunge during the middle of the month Ethereum has been the strongest of the group, but is it ready to head higher or is a broader lower-high developing?

On the 4-hr, there is a series of higher-lows and higher-highs developing since last week, and as long as those remain in place, so will an upward bias. Keep an eye on the trend-line rising up from 1/17 along with the one from December.

If more broadly speaking, this is simply lower-high on the daily or a retest (if it rallies back to the high), we’ll use recent swing-lows and trend-lines to determine if the trend is turning to the downside. A turn lower would bring the November trend-line into play and the important spike-low at 770. Otherwise, support holds it remains the leader. 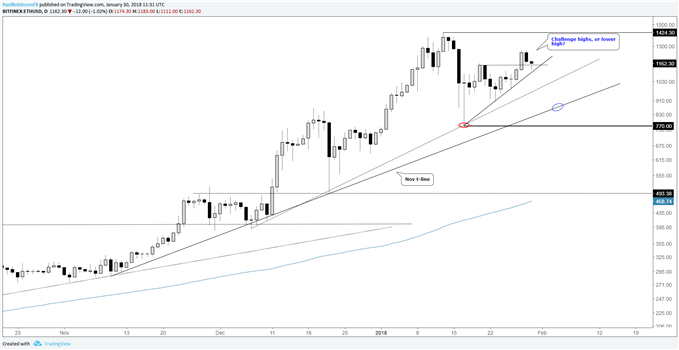 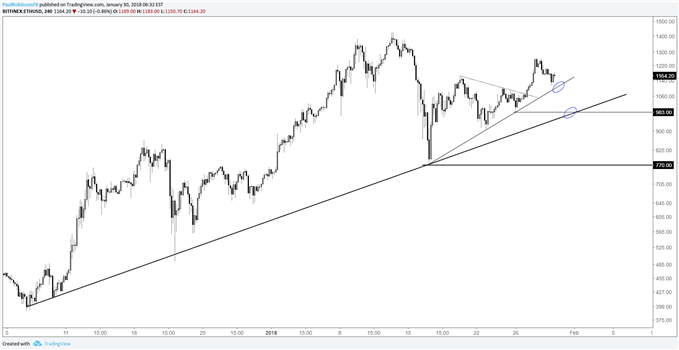 Bitcoin had a nice-looking wedge heading into the weekend, but it only limped higher while Ethereum took off. The resulting price action has led to the wedge growing in size (not an uncommon occurrence with these patterns).

The trend off the December high coupled with the fact that the July trend-line has yet to provide a lift, suggests we are more likely to see a downside break. But as we reiterated the other day, these patterns are to be reacted to, not predicted (enter Ethereum as an example).

Given the nearly 4000-point range of the wedge, a break towards 15k or 7k becomes a near-term possibility. On the top-side, resistance around 12.5/13k needs to be broken before the trend-line off the December high near 14.5k can come into play. On the down-side, a break below 9222 brings 7888 and the 200-day near that level into focus (or worse). 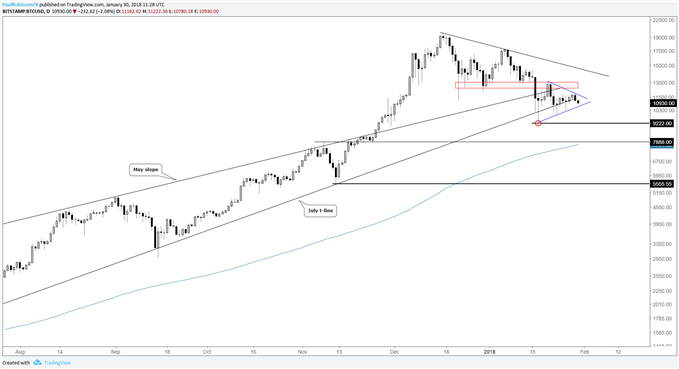 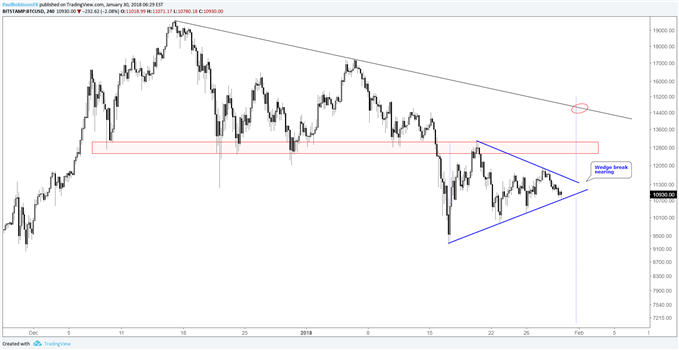 Litecoin following the ways of Bitcoin, readying to make a move

The set-up here looks similar to the one in Bitcoin. The trend is lower since topping in December, which makes a downside break appear more likely, but, again, we’ll take a reactionary stance versus making a prediction.

The size of the range implies a ~75 point move upon a breakout (determined by the height of the pattern). This points to either ~265 or 100. Looking higher, there is a trend-line off the December high around 220 standing in the way, and on the downside there is the spike-low at 137.57, then the June spike-high at 110 along with the 200-day in the same vicinity. 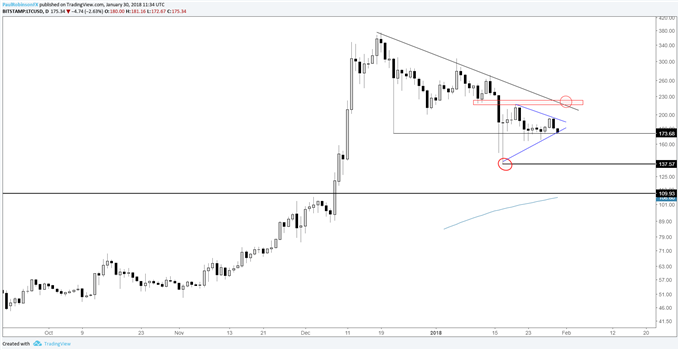 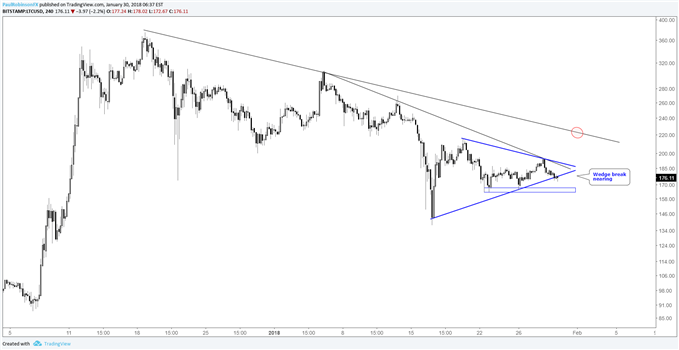