The CoT report is an intermediate to long-term sentiment indicator; for short-term indications see the IG Client Sentiment page.To see how sentiment may tie into our outlook on FX-pairs and markets, see the DailyFX Q1 Forecasts.

The most recent Commitment of Traders (CoT) report showed a continuation in aggressive buying of precious metals contracts and a further increase in the record long built up in oil by large speculators.

Every Friday, the CFTC releases the weekly report showing traders’ positioning in the futures market as reported for the week ending on Tuesday. In the table below, we’ve outlined key statistics regarding net positioning of large speculators (i.e. hedge funds, CTAs, etc.). This group of traders are largely known to be trend-followers due to the strategies they typically employ, collectively. The direction of their position, magnitude of changes, as well as extremes are taken into consideration when analyzing how their activity could impact future price fluctuations. 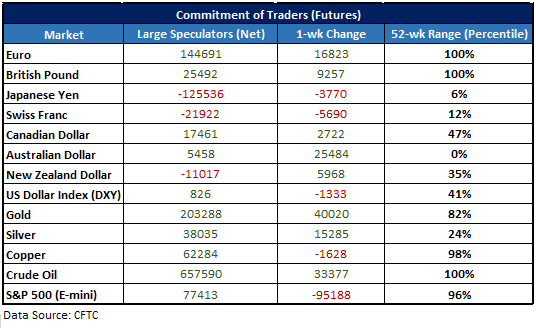 Along with the sharp rise in gold we are seeing speculative optimism grow in a substantial way. The most recent report showed large speculators' increase their net-long by 40,020 contracts, a near-record amount, following an increase of 27,320 the week prior. The total position is 203k conctracts, a relatively large amount and registers in the top 20% in terms of size over the past year.

What this amounts to at this juncture isn't yet clear, however; with gold at resistance we may see the recent surge in buying come to a pause. How price reacts at the 2013 trend-line or the September high of 1357 could be very telling from an intermediate-term perspective. Will the fresh surge in buying be rewarded, or will we see another set-back unfold? For now, resistance will be respected until we see a breakout and higher-high above 1357. 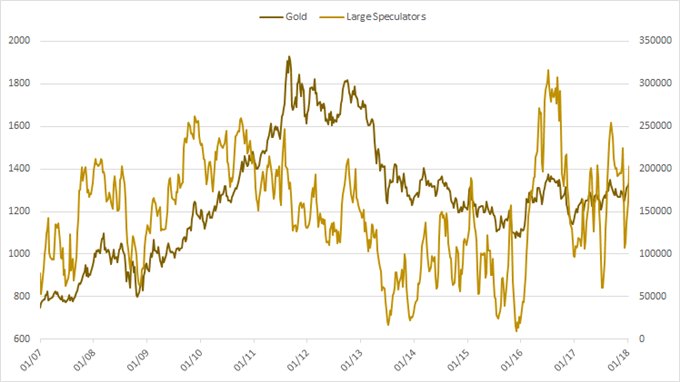 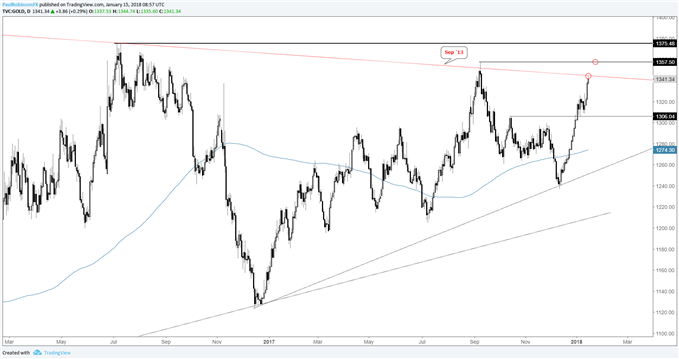 Large oil specs add to record extreme, yet to matter

The massive net-long held by large specs in the oil market continues to become even more massive. The most recent report showed an increase of 33,377 contracts, bringing the net-long to a new record total of 657,590.

While the speculative build-up has been viewed as a sign of over bullishness, price action hasn’t backed up the notion that the market has gotten ahead of itself. Until we see a bearish sequence of lower-lows and lower-highs develop, the benefit of the doubt runs with the prevailing upward trend.

Check out these 4 ideas for Building Confidence in Trading 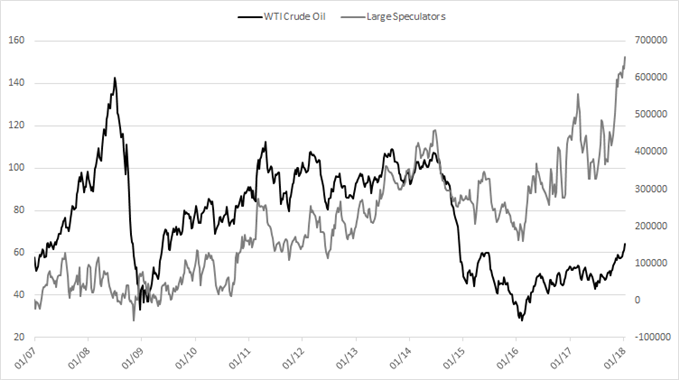 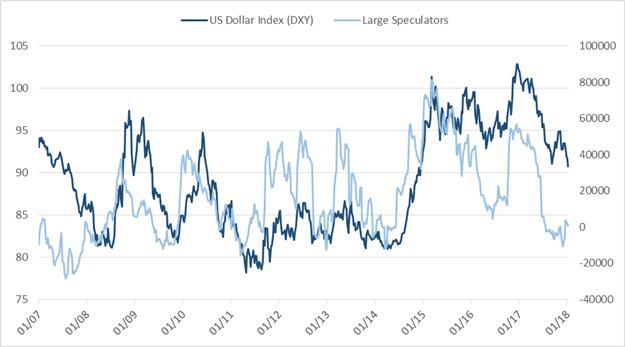 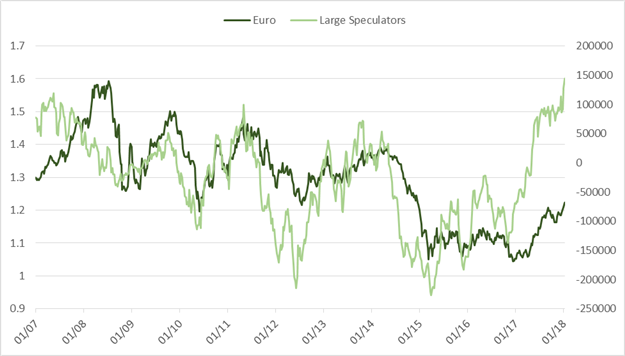 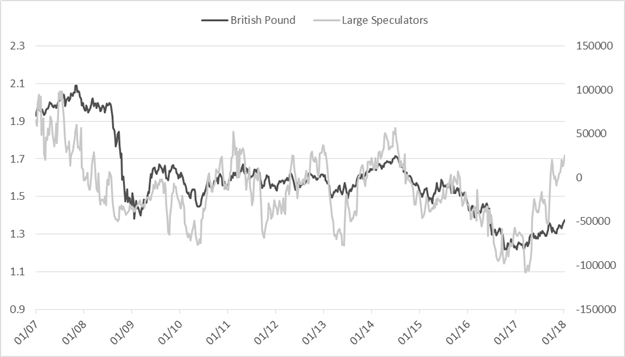 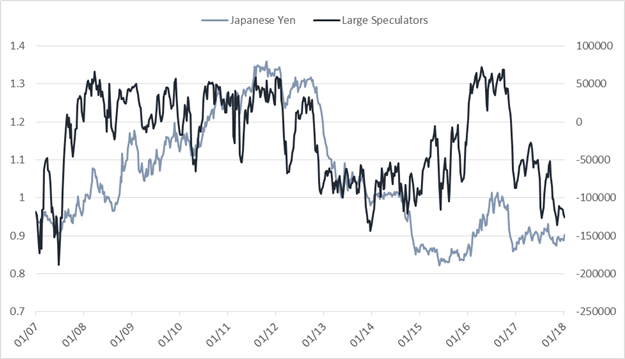 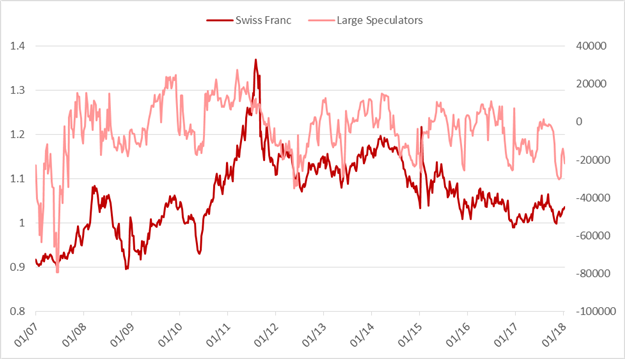 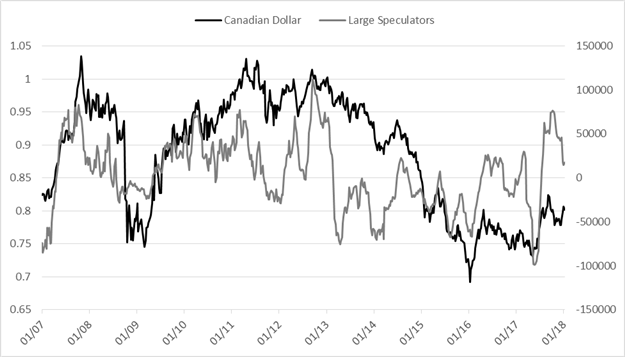 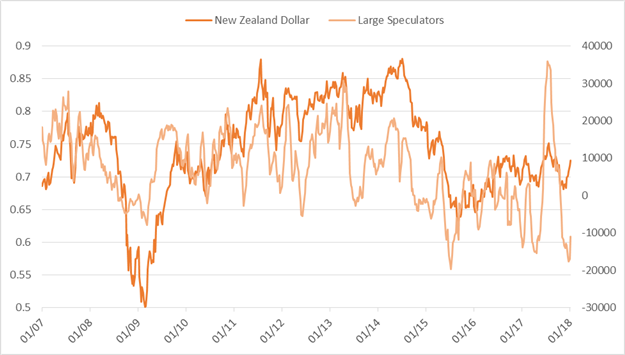 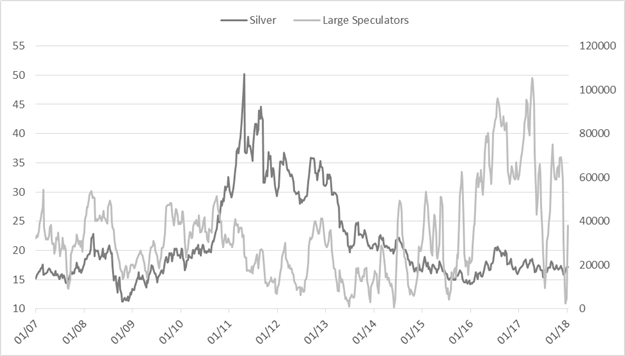 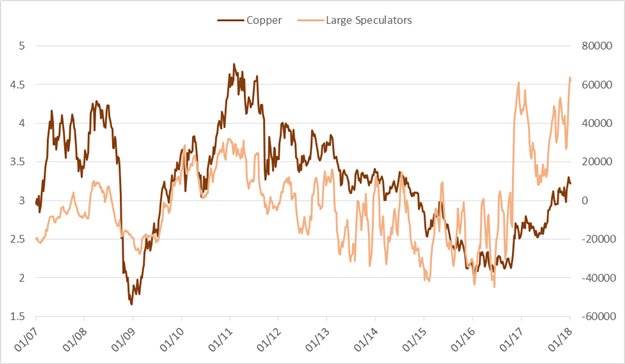 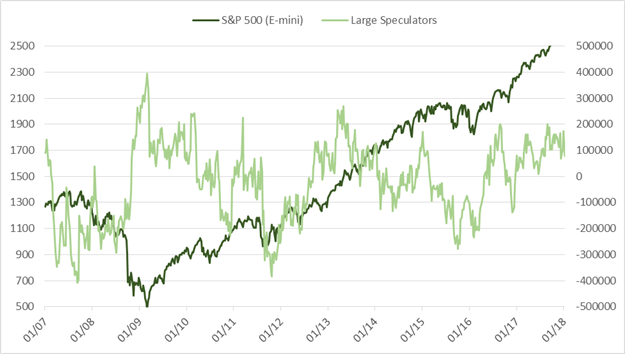