Every Friday the CFTC releases the Commitment of Traders (COT) report, showing traders’ positioning in the futures market as reported for the week ending on Tuesday. In the table below, we’ve outlined key statistics regarding net positioning of large speculators (i.e. hedge funds, CTAs, etc.). This group of traders are largely known to be trend-followers. The direction of the position, magnitude of changes, as well as extremes are taken into consideration when analyzing how their market activity could impact future price fluctuations. 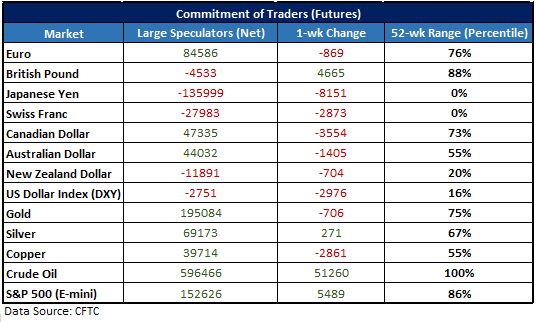 Crude oil: Large speculators have been snatching up contracts at an aggressive pace, adding over 179k in just the past five weeks to bring their total net-long to a record 596k contracts. Not only is the sheer size of their position cause for pause, but the rate at which trend-followers have been buying recently suggests the market may be in need of a rest. Typically, in the past when this kind of activity has been displayed the market cooled off, even if it was only a short to intermediate-term correction or pause before resuming the trend. 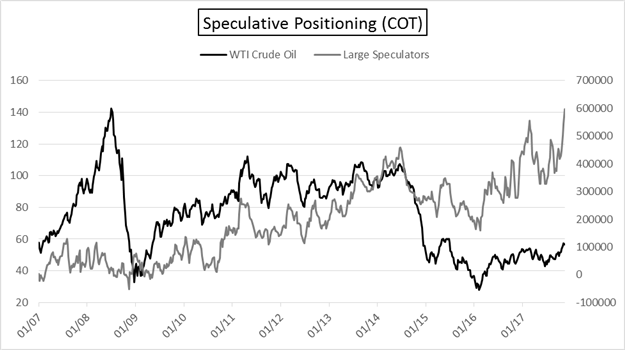 Euro: Even though in the most recent report there was a small reduction, large specs have been holding a long position rivaling the 2007 record for the past four months, an impressive amount of time to maintain such a large position. This behavior coupled with the quickly failing ‘head-and-shoulders’ pattern suggests more upside in EUR/USD may soon be in store. A new record-sized position may be just around the corner if the single-currency can gain traction towards new cycle highs into year-end. The record was set back in May 2007 at 119.6k contracts. Keep an eye on the 11876 level we discussed in the weekly forecast. 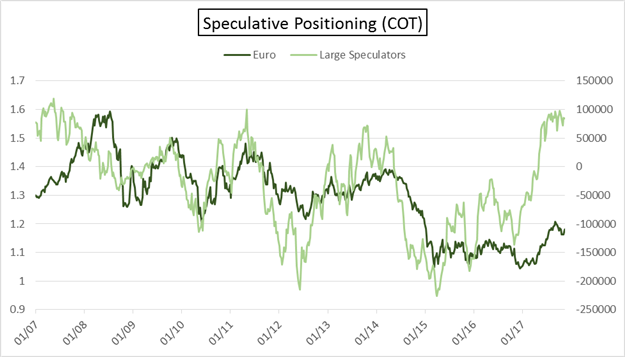 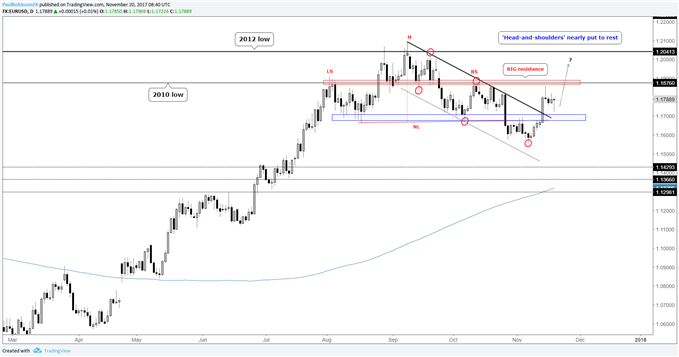 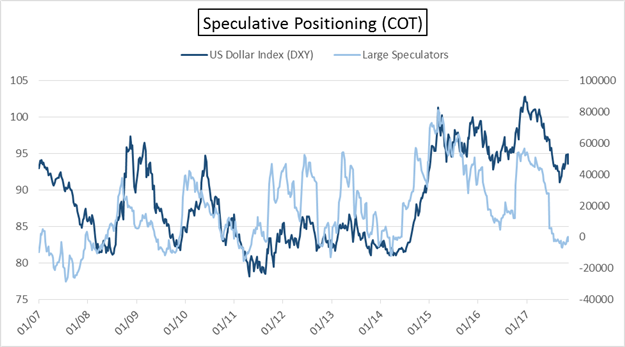 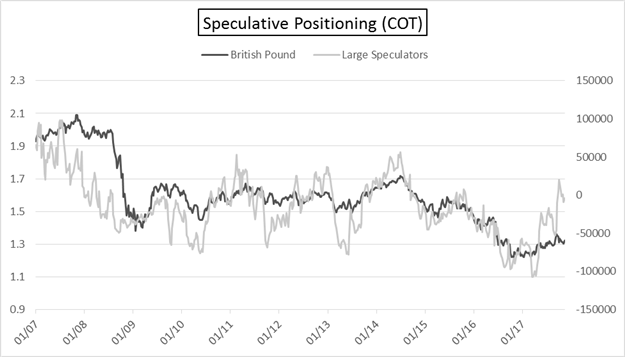 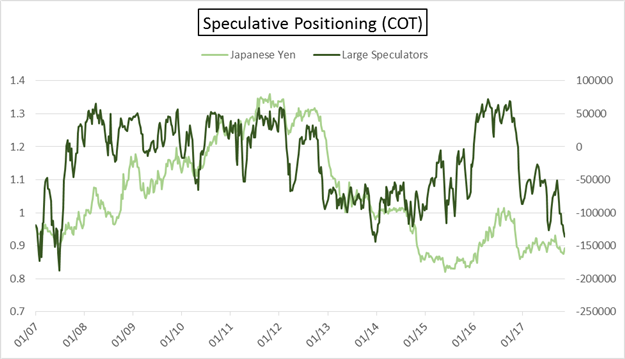 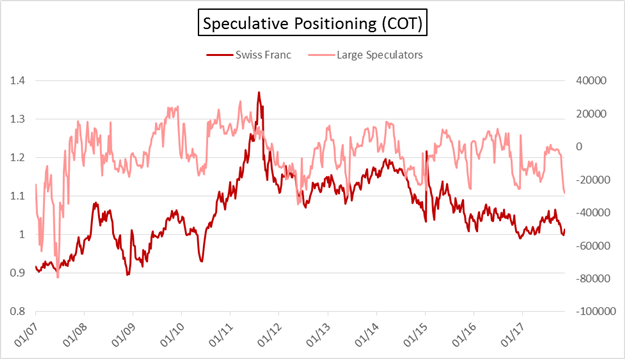 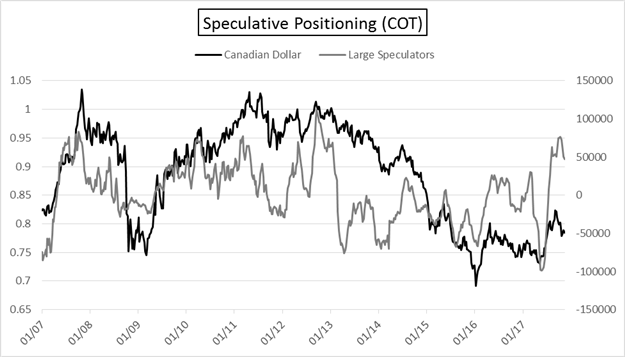 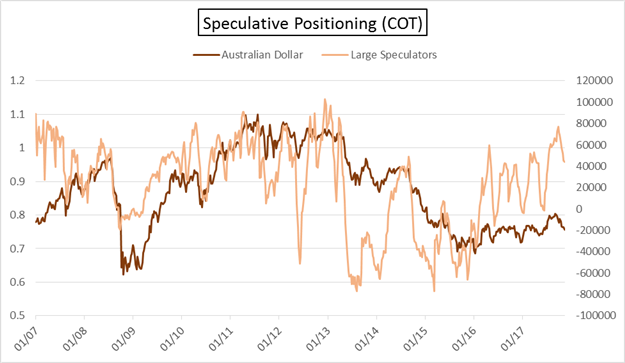 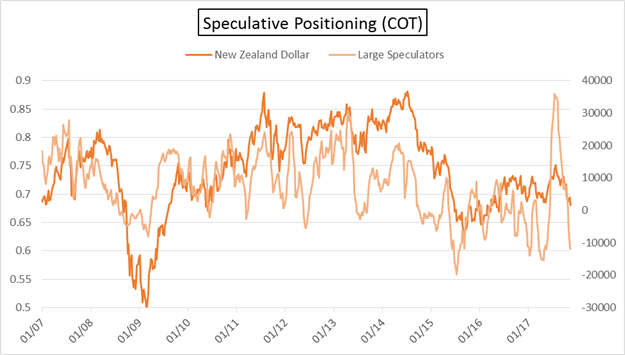 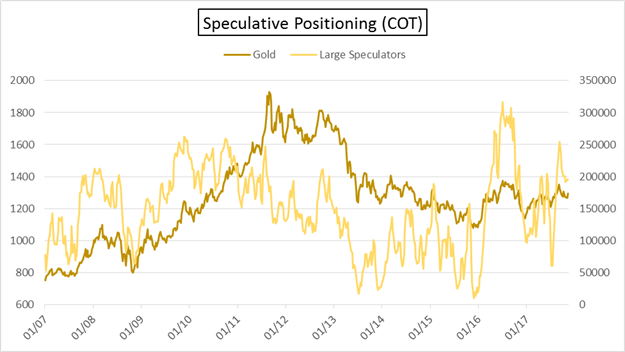 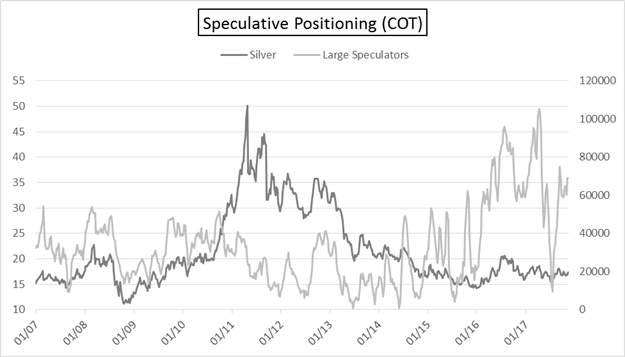 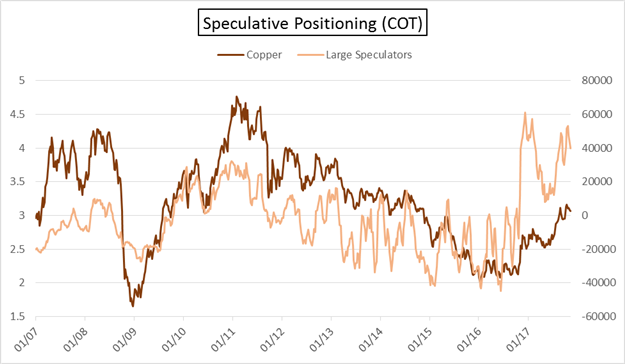 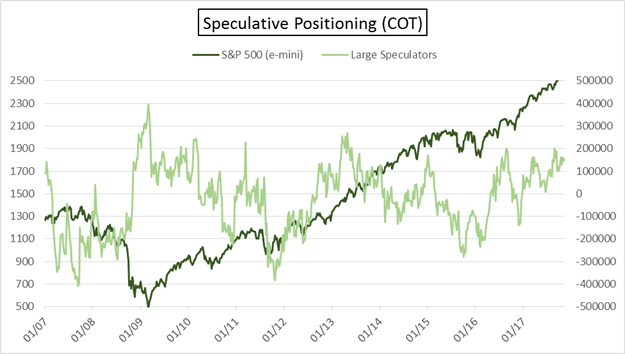