Check out our New Trading Guides page for free forecasts and educational content.

Each week on Friday the CFTC releases the Commitment of Traders (COT) report, which shows traders’ positioning in the futures market as it stands for the week ending on Tuesday. Displayed in the table below are the net positions of large speculators (i.e. hedge funds, CTAs, etc.); the change in their positioning from the prior week and where the net position stands compared relative to its 52-week range. 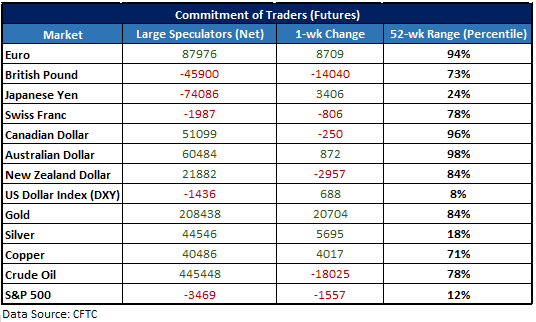 Euro – Large speculators in the single-currency made a timely flip from net short to net long back in May, and in aggregate, as they have many times in the past, caught a large chunk of the multi-month move (a tendency we discussed at the time of the flip). Buying pressure has waned in recent weeks while the net long position built towards record levels. Since the week of July 21 long contracts held by large specs has declined from 91k contracts to 88k. We could be reaching a saturation point; how much buying power is left to sustain the current trend? With long-term resistance in the vicinity, the euro may be setting up for a scenario where we are seeing buying pressure dry up and a material correction or worse soon sets in. There are certainly plenty of speculative longs to help drive price lower should they start unwinding in earnest. 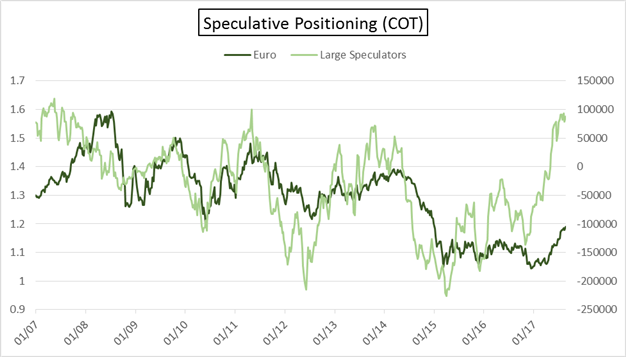 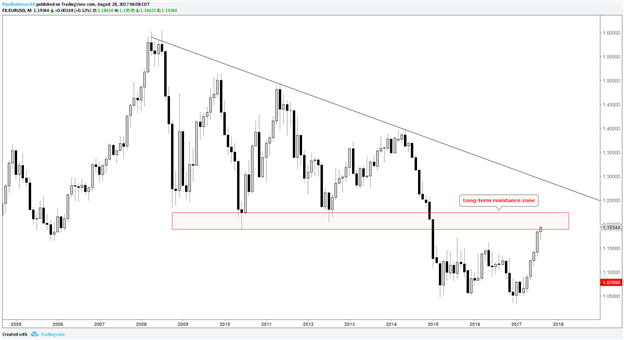 Crude Oil – Large speculators reduced their net long position for a second week in a row, but it still remains at historically high levels. During the bounce starting back in June, trend-followers quickly snatched up contracts despite oil prices remaining relatively stagnant for over a year. Sure, there have been plenty of sharp price swings, but it’s amounted to essentially nothing for quite some time. Should WTI start gaining downward momentum with limited bounces, there is plenty of supply (futures contracts) to be unloaded. For crude to sustain higher levels a wash-out of longs looks likely to be needed. 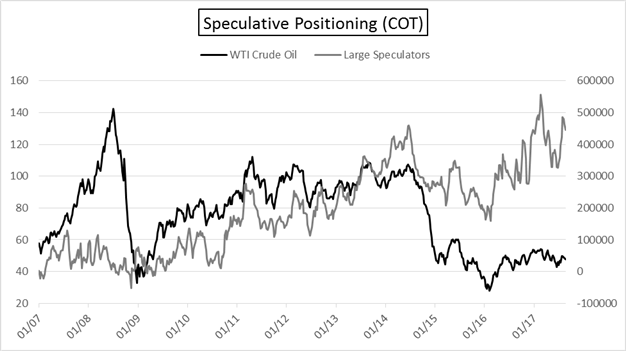 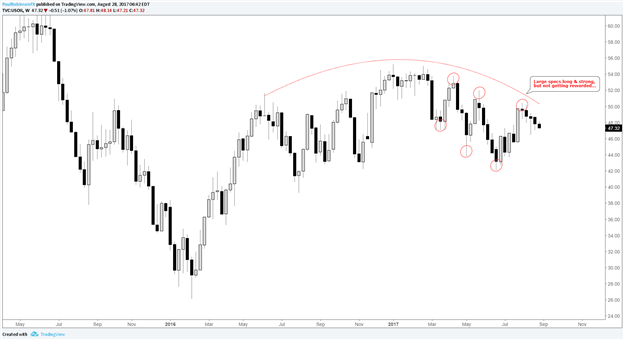 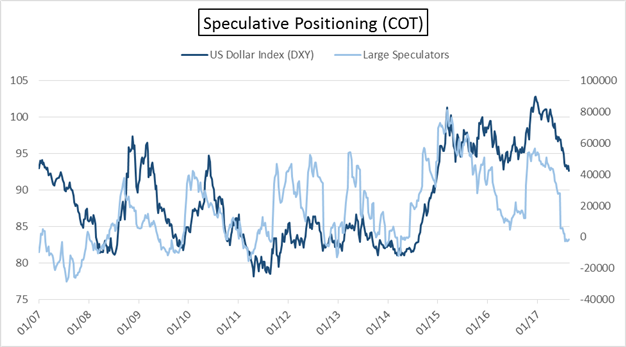 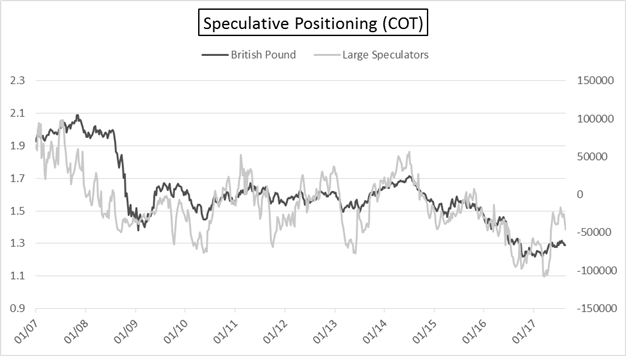 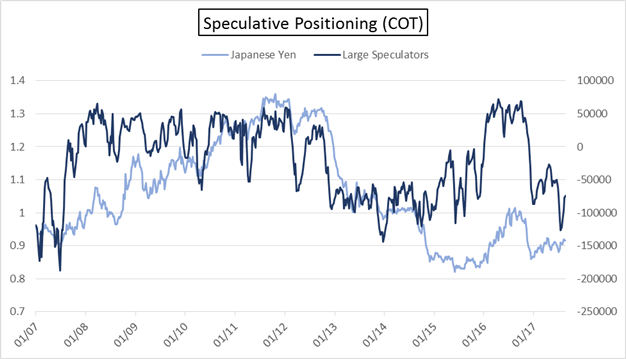 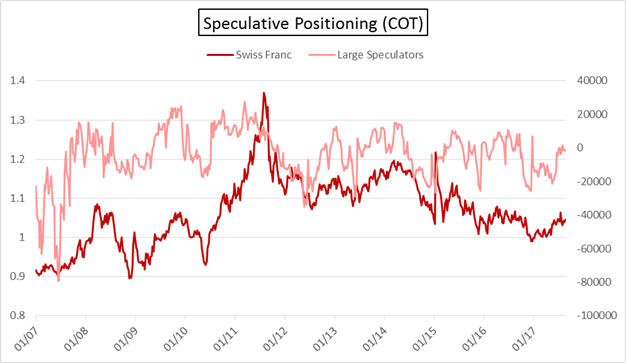 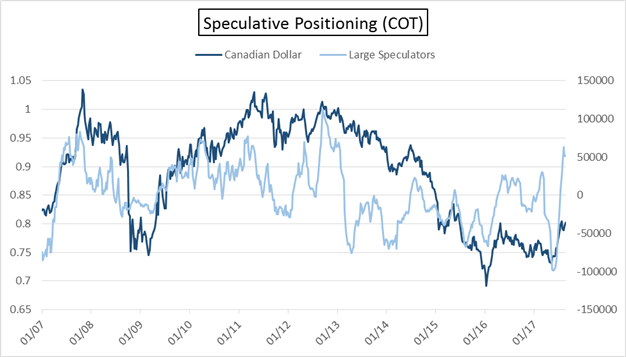 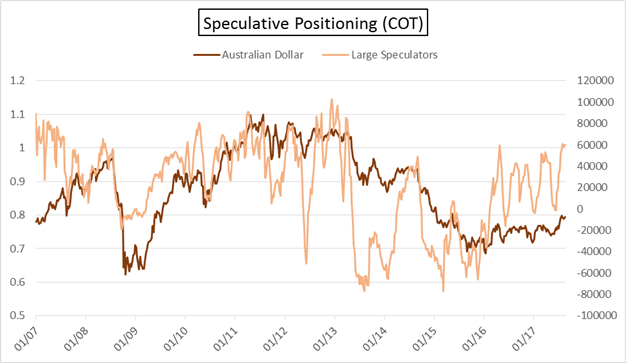 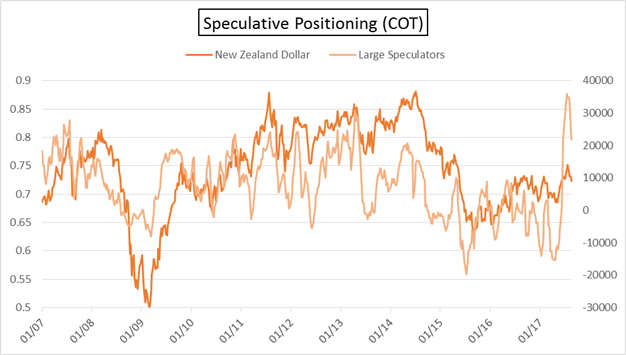 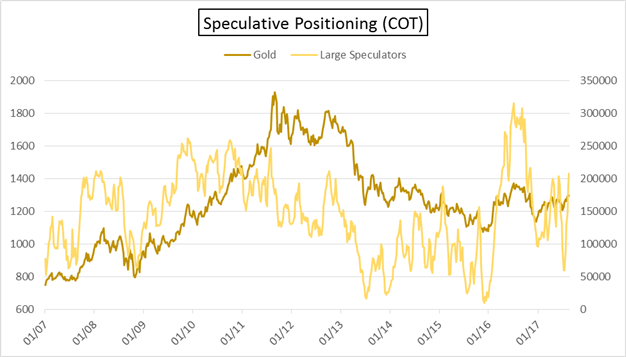 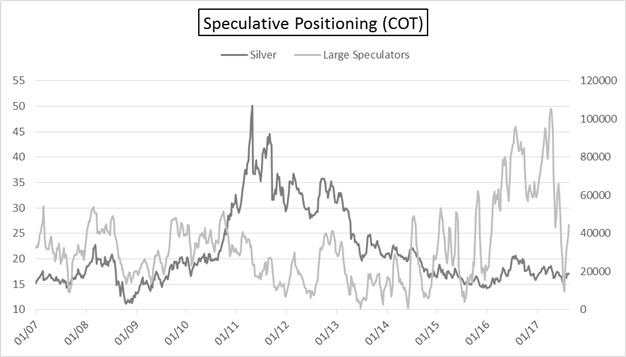 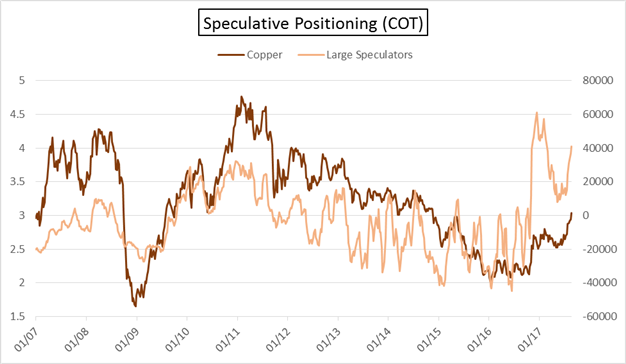 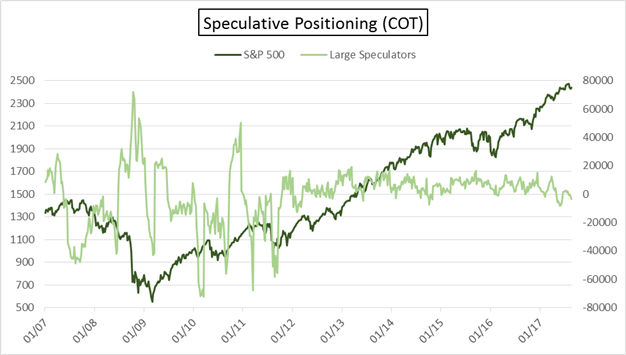