The British Pound held onto to yesterday’s gains through the Asian session today, with the US Dollar remaining under pressure after Fed commentary.

Remarks from Cleveland Fed President Lorretta Mester and Kansas City Chief Esther George appeared to lead the market to believe that there might be a slowing of the aggressive hawkishness from the Fed.

None-the-less, the market is unchanged in anticipating a 50 basis point lift of their target rate at the Federal Open Market Committee (FOMC) meeting next month. This would be a deceleration from the consecutive 75 bp hikes at the 3 meetings prior.

Elsewhere, the RBNZ accelerated their fight on inflation, adding 75 bp to their official cash rate (OCR) today. NZD/USD was boosted as a result, making it the best performing currency so far on Wednesday.

The FTX saga continues to play out with a bankruptcy filing in Delaware overnight. Initial findings point toward a substantial amount of assets that are missing or stolen. The court also said that the top 50 creditors will not be named.

Crude oil is barely changed since the North American close with the WTI futures contract near US$ 81 bbl, while the Brent contract is a touch above US$ 88 bbl.

A Japanese holiday appeared to contribute to lacklustre markets ahead of Thursday’s Thanksgiving holiday in the US.

Looking ahead, there are PMI numbers due across Europe, the US and other countries as well as US jobs data. The meeting minutes from the last Fed FOMC meeting will be released later in the day.

When GBP/USD raced to a high above 1.2000, it broke the upper band of the 21-day simple moving average (SMA) based Bollinger Band. Once the price moved back inside the band, it consolidated sideways.

This type of a move could be a signal of a pause in the bullish rally, or a potential reversal. 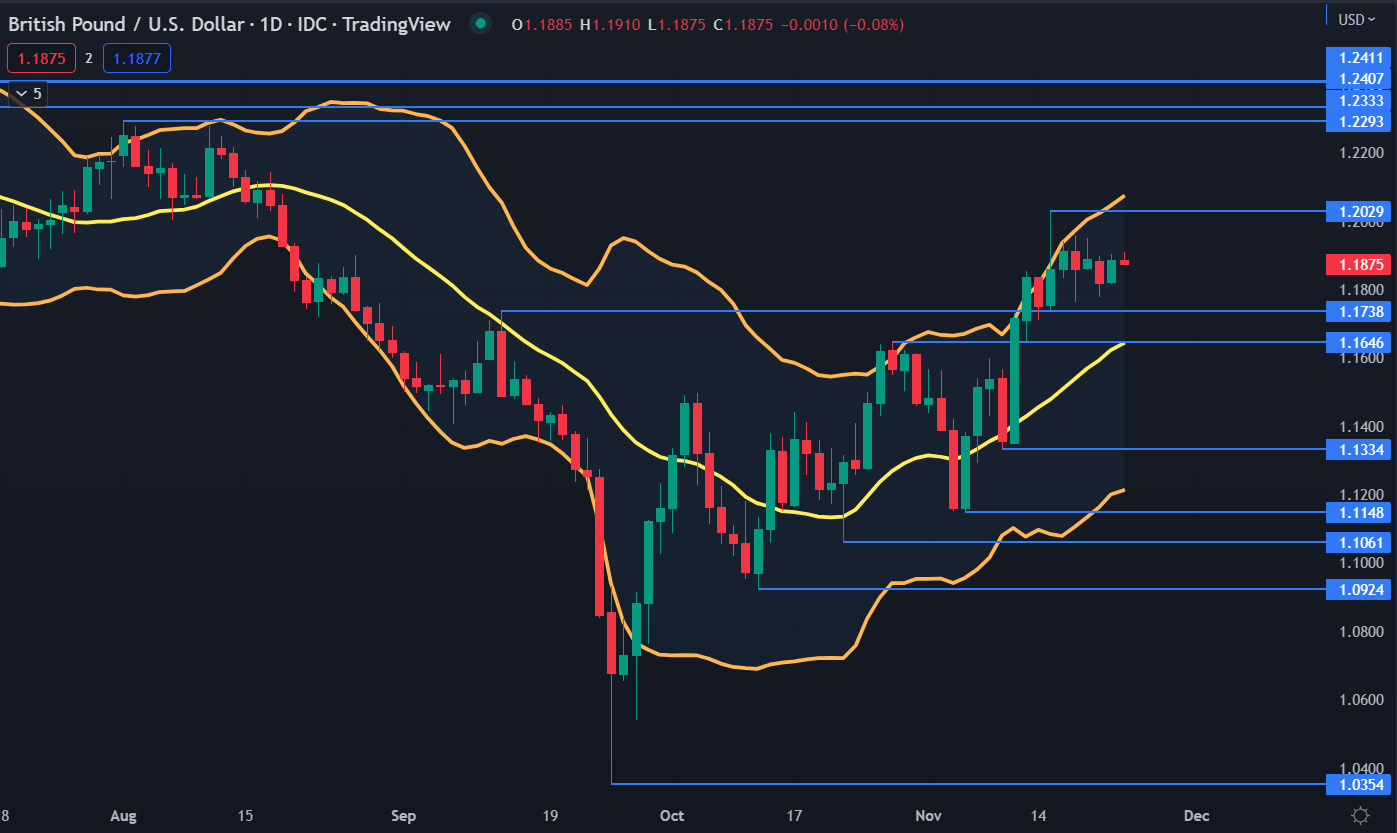