See how traders are positioned in Cryptocurrencies and what it might mean on the IG Client Sentiment page.

The other day, we noted wedge formations ready to break in Bitcoin and Litecoin, and indeed they made bearish breaks as anticipated. The drop so far hasn’t been fierce, but support is coming up soon, which if broken, should lead to an acceleration in selling.

The Jan 17 spike-low at 9222 is the big level to watch here. A breakdown below there and 7888 (also in confluence with the 200-day) becomes next up as targeted support. Below there, nothing signficant until 5555. 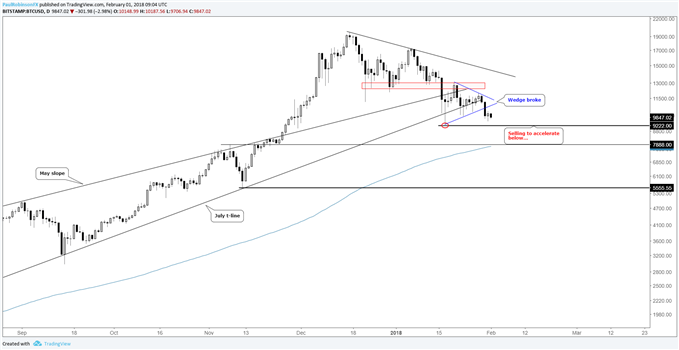 While all cryptos are trading lower, Litecoin and Bitcoin have had very similar paths. They both formed solid-looking wedges and broke at the same time. The big level to watch is at 137.57, also a spike-low created on 1/17. Below there, nothing meaningful until just under 110 (also in confluence with the 200-day). 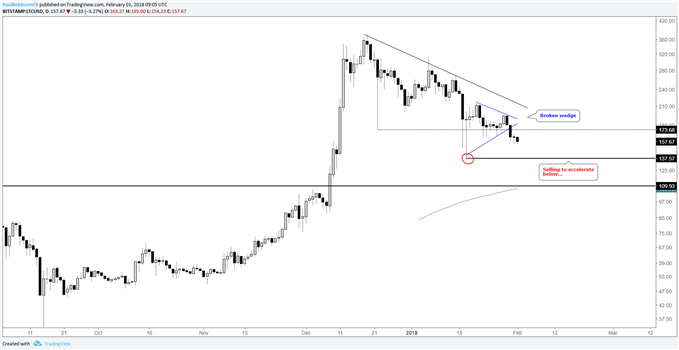 Ripple is slowly trading lower in 'drip-drip-drip' fashion, which looks poised to accelerate, especially on a break of 87 cents. A break below will bring in the 50 cent area, where the trend-line from a year ago and the 200-day arrive. 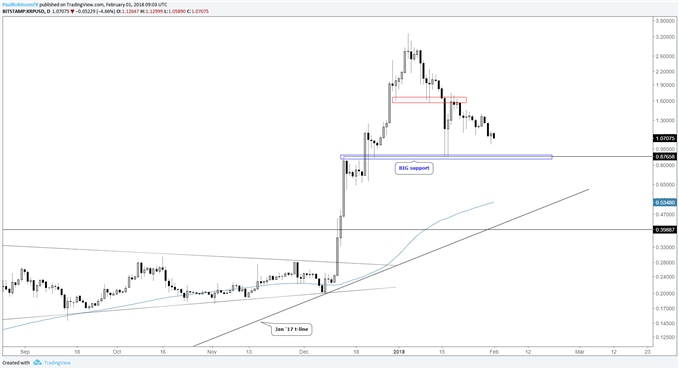