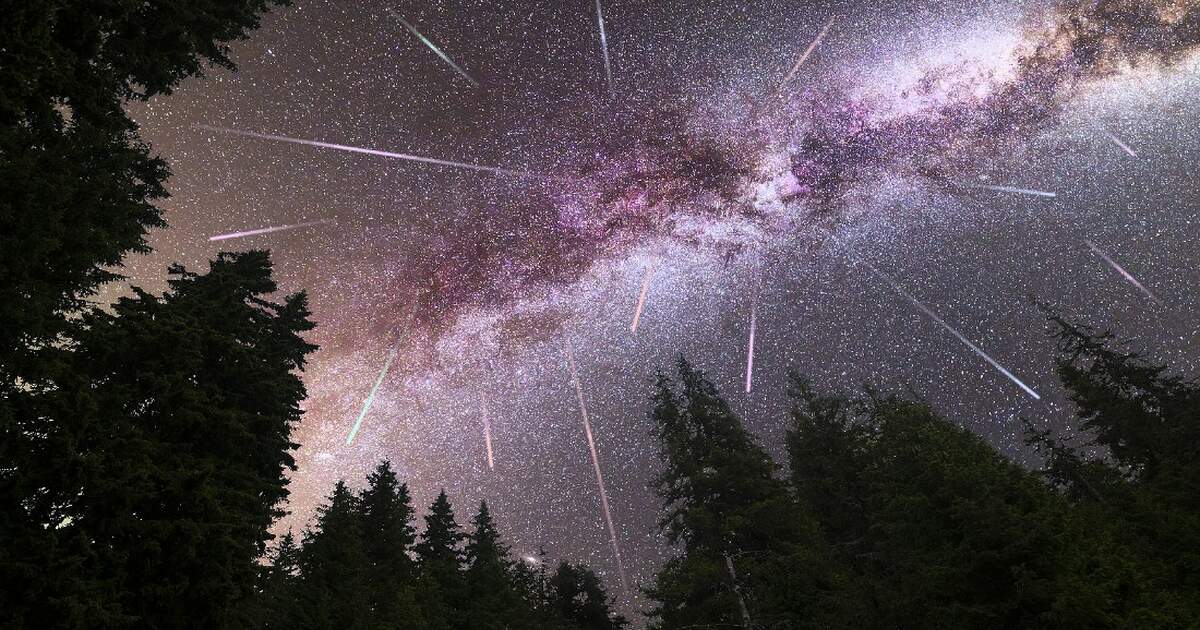 Get ready for one of the nature's most spectacular shows! The Perseids meteor shower, active between July and August every summer, will reach its peak next week, and amateur astronomers in the Netherlands are in for a treat. Here’s how to make the of the stargazing highlight of the year

What is the Perseids meteor shower?

The Perseids meteor shower is an annual meteor shower that is easily one of the most popular - even if it’s not quite the most prolific - because it’s easily visible across the entire northern hemisphere in August.

The Perseids’ stunning bursts of ethereal light come at the same time each year, when Earth passes through the steam of debris left behind by the comet Swift-Tuttle. The shower is known as the Perseids because the meteors seem to originate from the constellation of Perseus. With a comet nuclear 26 kilometres in diameter, Swift-Tuttle is the largest object in the solar system that repeatedly passes close to Earth, which it does once every 133 years.

When is 2020's Perseid meteor shower?

Although the shower is active between July 17 and August 24 each year, it will reach its peak in 2020 on the nights of Tuesday, August 11 and Wednesday, August 12. If you don’t fancy staying up that late on a weeknight, the stargazing conditions are also pretty good a few days either side of the peak.

With the Delta Aquariids meteor shower also rumbling in the background, this year’s meteor shower could be something really spectacular - as long as the Dutch weather plays ball. At its peak between August 11 and 13, there’s a chance of seeing as many as 100 shooting stars burn across the sky every hour - although 50 per hour is more likely.

How to catch the Perseid meteor shower in the Netherlands

The glowing meteors will only be visible in the evening hours, as long as the weather is good and the sky is clear. Your best chance of catching multiple shooting stars is in the hours before midnight. After 12 am, the moon will start lighting up the sky, making it too bright to see some of the weaker falling stars.

You can improve your chances of getting a good show by heading to an area with as little light pollution as possible - perhaps your local park, the countryside, or even one of Dutch national park. Find a spot with a clear view of the sky, away from trees and tall buildings. Give your eyes time to adjust to the darkness, allowing you to pick out even the fainter shooting stars. This means you shouldn’t look at your mobile phone while you’re stargazing!

This article originally appeared on IamExpat in Germany.

In the early hours of Tuesday, September 22, a meteoroid was spotted flying over Germany and the Netherlands, getting as...

LNAZ: Netherlands In Same Coronavirus Situation Now As In March

Speaking on Thursday, Ernst Kuipers, director of the National Acute Care Network (LNAZ), said, in regards to the coronav...

Dog owners in the Netherlands have been warned by the police to stay alert when walking their pets after they found pi...

National Measures Needed To Get Coronavirus Under Control, Experts Say

As eight more regions go orange, fears of an imminent second wave are on the rise, and experts across the country are ca...

ILT: Airlines Must Reimburse Customers Within Seven Days From October 1

On Tuesday evening, Dutch politicians debated the rising coronavirus infections in the Netherlands, and what it means fo...