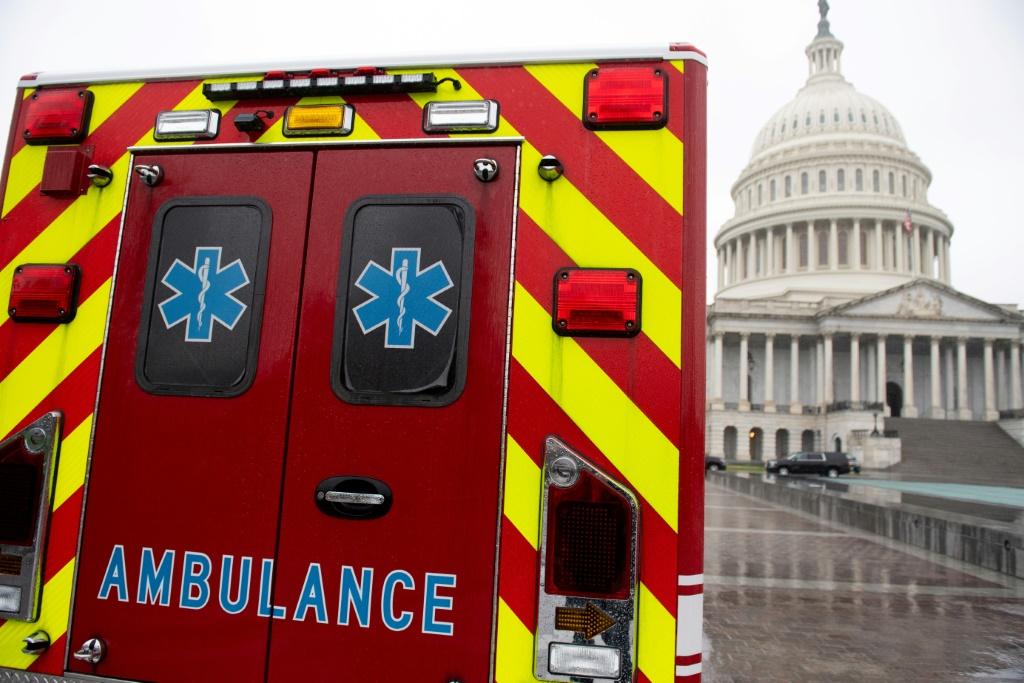 Asian equities soared again Wednesday after US lawmakers finally agreed a mammoth stimulus package to support the world's biggest economy against the impact of the coronavirus pandemic.

While the deadly disease continues to spread, traders have a rare semblance of optimism after weeks of carnage across global markets, with eyes fixed on Washington where lawmakers in the early hours thrashed out an emergency bill worth as much as $2 trillion -- around 10 percent of US gross domestic product.

"At last, we have a deal," Senate Majority Leader Mitch McConnell said, calling it a "wartime level of investment into our nation".

"We have a bipartisan agreement on the largest rescue package in American history," top Senate Democrat Chuck Schumer said shortly after McConnell spoke.

"So many people are being put out of work through no fault of their own. They don't know what their future is going to be like, how are they going to pay the bills," Schumer added.

"Well, we come to their rescue."

The measure will put cash directly into the hands of Americans, provides grants to small businesses and hundreds of billions of dollars in loans for corporations including embattled airlines, while expanding unemployment benefits.

The prospect of a massive spending splurge, combined with the Federal Reserve's pledge to essentially print as much cash is needed, sent Wall Street into overdrive Tuesday, with the Dow seeing its biggest rise since 1933, while the S&P 500 enjoyed its best day in more than a decade.

And the gains spread into Asia, which rallied for a second straight day, with extra impetus later in the day coming from the news out of Washington.

Tokyo ended eight percent higher, with investors there also relieved that the 2020 Olympics had been postponed rather than cancelled.

Hong Kong rose 3.8 percent, Shanghai was up more than two percent, while Singapore, Sydney and Manila rallied more than five percent and Seoul piled on more than four percent.

Adding to the more upbeat mood was the G7's promise to do "whatever is necessary".

The unprecedented moves are part of a worldwide response to the rapid financial shock caused by the COVID-19 outbreak, which has locked down countries including the US and brought the global economy to a juddering halt.

"The Senate's approval of the $2 trillion package should provide a positive lift to investors' mood in the near term, complementing the US Federal Reserve's aggressive action in the past four weeks," said Tai Hui at JP Morgan Asset Management.

"This is particularly important given the aggressive fiscal stimulus from European and Asian governments in the past two weeks. The US government needs to be seen as not just counting on the Fed to do all the heavy lifting."

Hopes for the US deal and the Fed's promise to ramp up its bond-buying also sent the dollar lower, a relief to investors as demand for the unit had seen it soar against peers, including a 35-year high against the pound.

The crude market -- which has been hammered by the outbreak's impact on demand as well as a price war between Saudi Arabia and Russia -- also enjoyed a much-needed lift, though analysts cautioned the commodity still faced uncertainty.

However, observers warned that world markets were not out of the woods just yet as the number of infections and deaths continues to rise rapidly and the full economic impact is still unknown.

"In 'buy the rumour, sell the news' fashion, the stock market could easily take another sharp leg lower once the good news is out, and investors conclude that it won't be enough (yet) to address what's going on in the real economy," said AxiCorp's Stephen Innes.

"Given the rapid succession of downgrades, we should likely expect more pain over the short term, as the situation in New York and California continues to deteriorate. And with the entire population of India going into a government-enforced 21-day nationwide curfew, it doesn't suggest blue sky."

Still, he did say that the US package "should be sufficient to avoid buttress Main Street from falling into a worst-case depression-type scenario".

Dubbed the American Rescue Plan, the proposal released Thursday includes a host of measures aimed at revitalizing the wo...