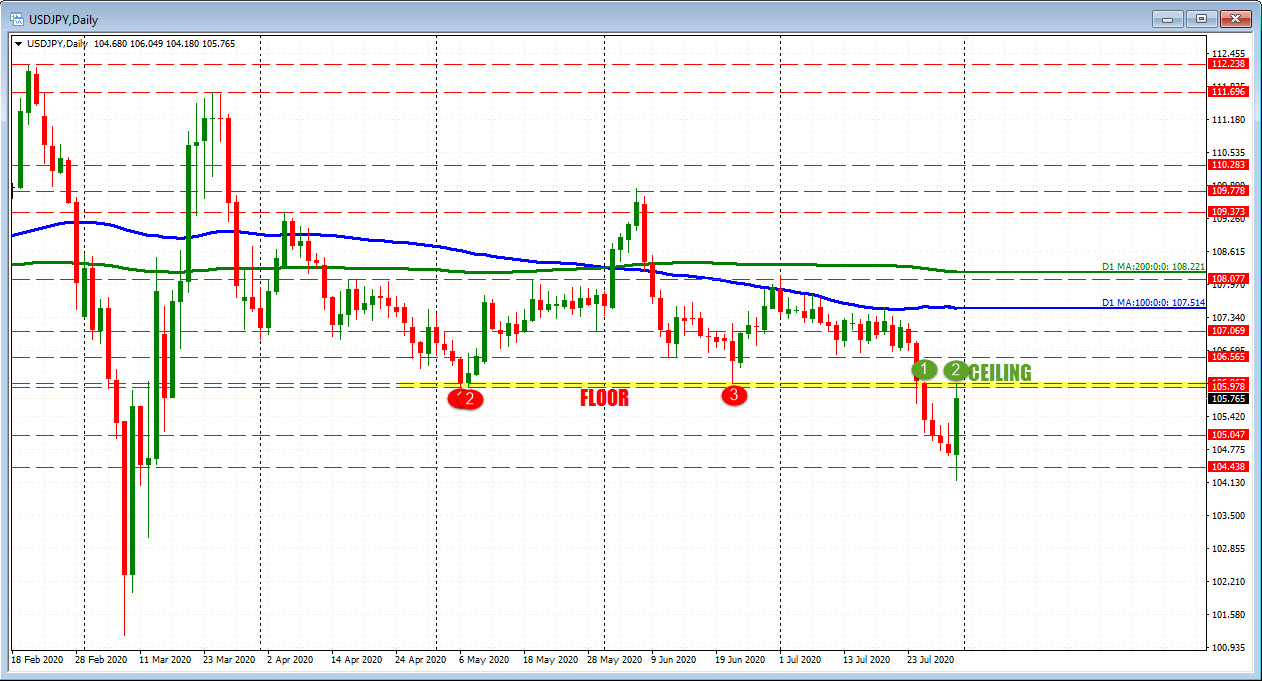 On Friday last week,the floor was broken, but the price could not close below the area. On Monday of this week, the price traded at a high of 106.084, just a pip or two above the area, and rotated back down.  The low was reached today at 104.18.

Today, the price moved sharply higher. In fact, nearly all the decline from the week was retraced. The high price reached 106.049 just below the Monday high and within the confines of the old floor which is now the new ceiling.

), but now that the ceiling (old floor) has been reached and held, as traders we know what needs to be done to tilt the bias back higher....get above the ceiling.  Without doing that, the ceiling is still the ceiling, and the bears are in control.