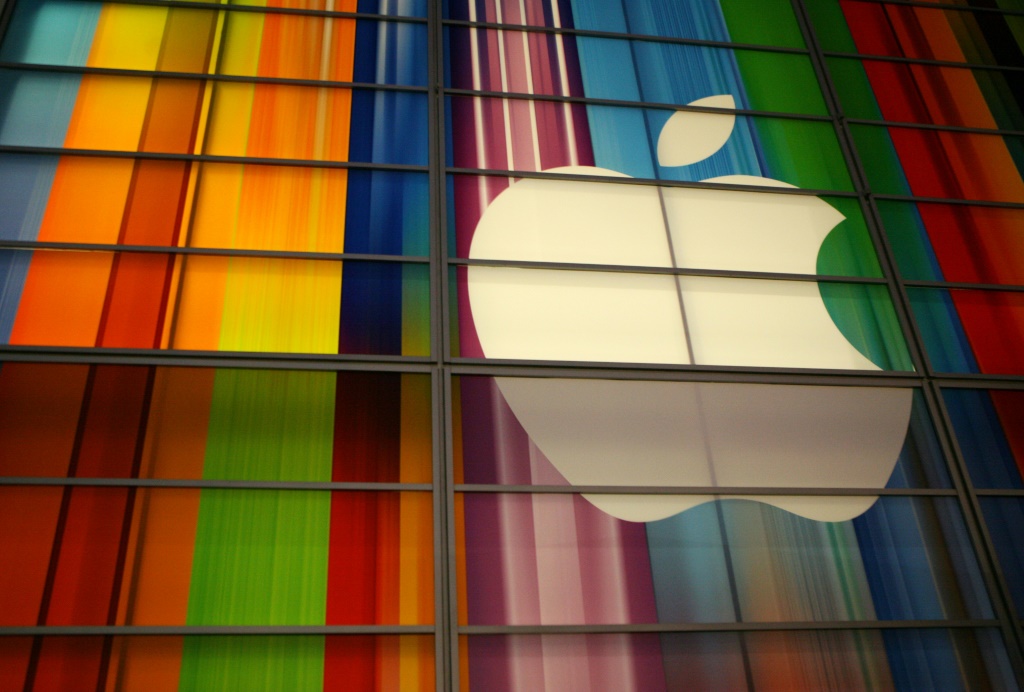 Apple on Wednesday became the first US company to reach $2 trillion in market value in the latest demonstration of how tech giants have benefited from the upheaval of the coronavirus.

The iPhone maker attained the distinction in morning trading before easing and concluding the session slightly higher. The company had previously become the first giant to hit $1 trillion in market value in March 2018.

Apple is followed by other technology companies, including Amazon, Microsoft and Google parent Alphabet, all of which now have more than $1 trillion in market value.

Shares in Apple have roughly doubled from March lows, an astonishing performance which has lifted chief executive Tim Cook's net worth to $1 billion for the first time, according to a Bloomberg Billionaires Index calculation.

Even as other large tech firms have shot higher on robust demand during lockdowns, Apple has outpaced its rivals by delivering strong sales of gadgetry including wearables and tablets, along with new apps and services which have gained ground during the global health crisis.

"Apple has been wildly successful in building out its platforms, mitigating the fact that iPhone sales had peaked, by building products that surround it and services that enhance it," said Avi Greengart, analyst with the consultancy Techsponential.

"It all feeds back into the cycle for Apple."

In the past quarter ending in June, Apple reported profits climbed eight percent to $11.2 billion and revenues jumped 11 percent to $59.7 billion.

A major factor in Apple's success has been leadership from Cook, who took over just ahead of the death of Steve Jobs in 2011.

"He didn't invent anything, but what he has done is keep a firm hand on the tiller, steering the ship and keeping the culture intact," said analyst Laura Martin at Needham & Company.

"He deserves a lot of credit for making the most out of Steve Jobs's inventions."

Apple's rise comes amid a broader rally in technology shares as employees around the country shift to working at home amid the coronavirus pandemic and social distancing protocols.

The tech-rich Nasdaq has hit records more than 30 times in 2020, including on Tuesday.

In the most recent quarter, Apple enjoyed a modest rise in smartphone revenue and robust increases in sales of iPads and Mac computers amid elevated demand for remote education and work-from-home buyers.

The company also benefited from services such as digital payments and streaming and from increased sales in smartwatches as interest in health and fitness applications rises.

The ascendancy of Apple and other tech giants has prompted increased oversight from regulators and lawmakers, including on Capitol Hill, where Cook and the CEOs from Amazon, Facebook and Google all were grilled at a high-profile July 29 hearing.

"Simply put, they have too much power," said Representative David Cicilline, a Democrat from Rhode Island who chairs the panel that convened the hearing.

During the session, Cook faced tough questioning over the market power of the company's App Store and its treatment of developers.

Analysts expect more scrutiny ahead for Apple and the other giants, but it isn't clear yet whether the questioning will lead to meaningful change.

Some analysts believe efforts to break up tech giants or otherwise reign them in could gain momentum if Democrats sweep the 2020 elections.

Another wildcard for Apple involves risks from heightened tensions between the United States and China, since Apple not only manufactures iPhones and other products there, but also relies on that market for a large chunk of sales, Greengart noted.

US President Donald Trump has been ratcheting up pressure on Beijing through restrictions on leading Chinese tech firms. Any retaliation against Washington by China could cause troubles for Apple, analysts say.